The women were holding signs that read "let dairy die" next to a picture of a cow's face. The women were also holding Biden campaign signs.

Biden's wife, Dr. Jill Biden helped other campaign staffers push, and eventually carry the women away from the candidate and off of the stage. 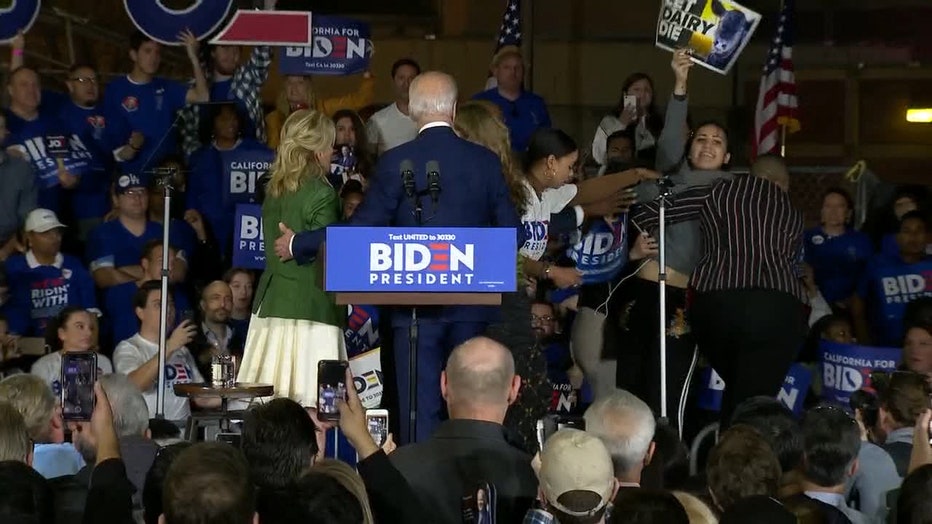 An Oakland-based animal rights group said it was behind that incident, where female activists went topless to call attention to what they say is the mistreatment of cows and their calves on dairy farms.

It was unclear if the women at Joe Biden's event were part of the same group. 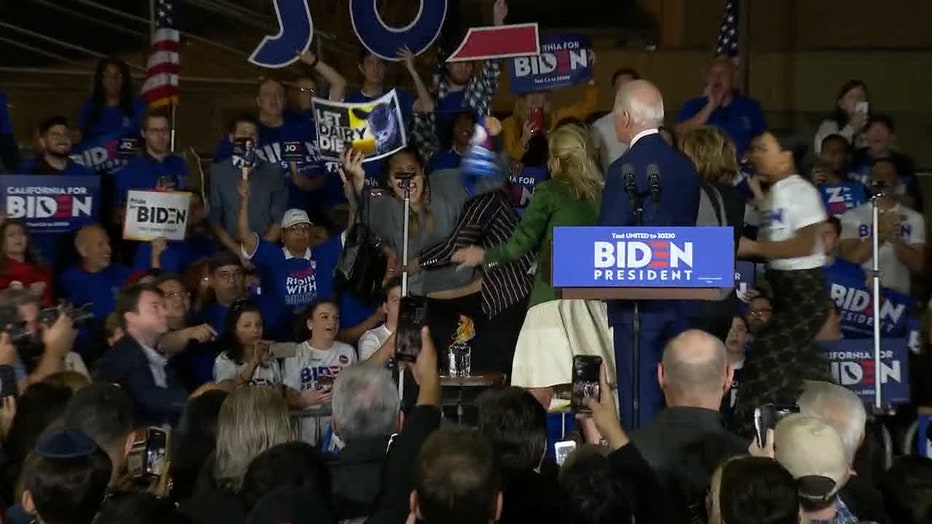 Check back for updates on this developing story.