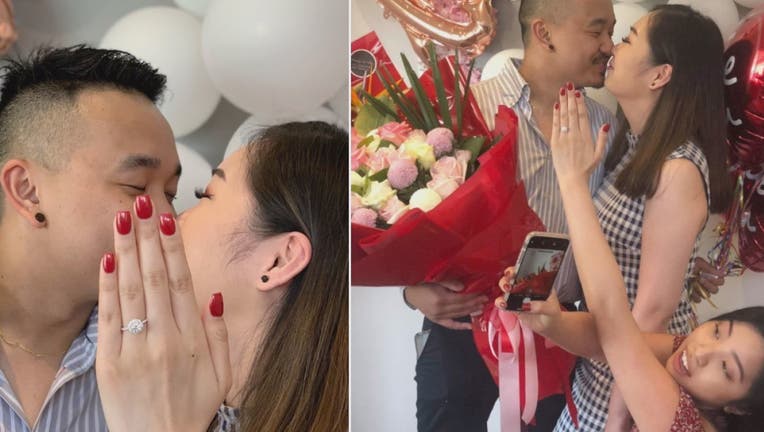 FOX NEWS - One woman lent a helping hand to her newly engaged cousin in a now-viral photo.

Twitter user @goodgaljenjen shared a photo on Saturday showing a couple apparently kissing -- with a manicured hand showing off the engagement ring in front of them.

However, a second photo showed @goodgaljenjen -- who lists her name as Jenna -- was actually wearing the sparkler as part of an optical illusion while holding her phone in her other hand as she was next to the couple.

"My cousin's boyfriend proposed to her but she didn't have her nails done lmao," Jenna, whose Twitter lists her as based in Melbourne, Australia, wrote when sharing the images in the tweet, which has been retweeted more than 207,000 times and liked more than 863,000 times.

Jenna later posted the photo she captured on her phone, too.

Read the full story at foxnews.com