BURNSVILLE, Minn. - A Burnsville mom was in the right place at the right time when another mother began screaming for help.

Sunday morning, a young boy started struggling in the water at Crystal Beach Park. When his mother screamed for help, another mother - 33 weeks pregnant - heard her calls.

Now, Stephanie Swedberg is being praised for saving the boy, all while reminding others of the dangers of drowning.

As former lifeguard and competitive swimmer, Swedberg came to the lake to work on floating with her 3-year-old twins.

“I’ve just known with these guys that I wanted them to learn how to swim as soon as possible,” she said.

Around 11 a.m., Stephanie and her sister were in the water with her boys. Nearly 20 feet away, a group of boys, ages 10 to 14, were horsing around in deeper water.

“I didn’t really realize anything was off until I saw one of the moms fully dressed, sprinting into the water and screaming for somebody to help her son. Then I looked over and I saw one of the boys unable to keep his head above the water,” Swedberg said. 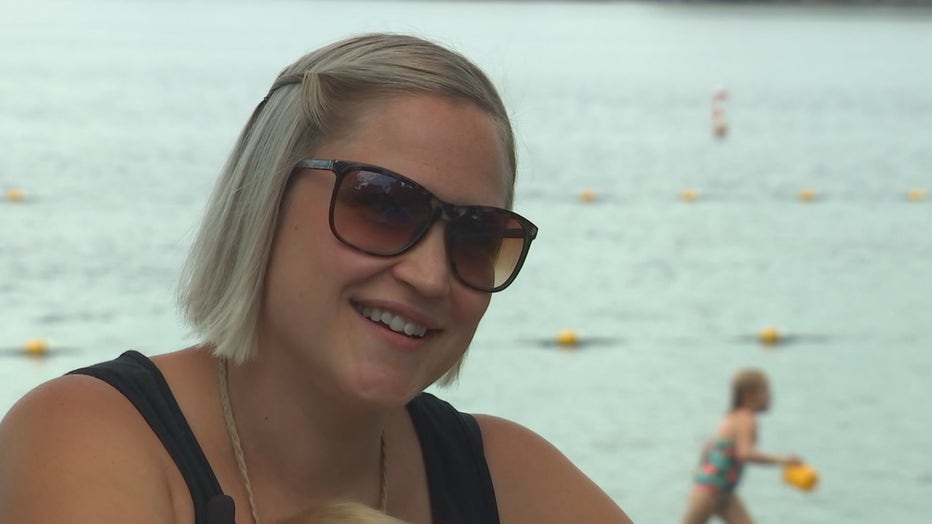 She handed off her son and swam to the boy.

“He wasn’t screaming…he was just thrashing around, bobbing a little bit,” she said.

Swedberg credits the mom for seeing the problem immediately, especially because this happened so fast and so quietly.

She said this is a dramatic reminder of the importance of swimming lessons, as the boy had only had a few.

“I encouraged him to keep taking swimming lessons and maybe become a lifeguard [himself],” she said.

Swedberg said in all her time as a lifeguard, this was her first rescue ever -- at 33 weeks pregnant.