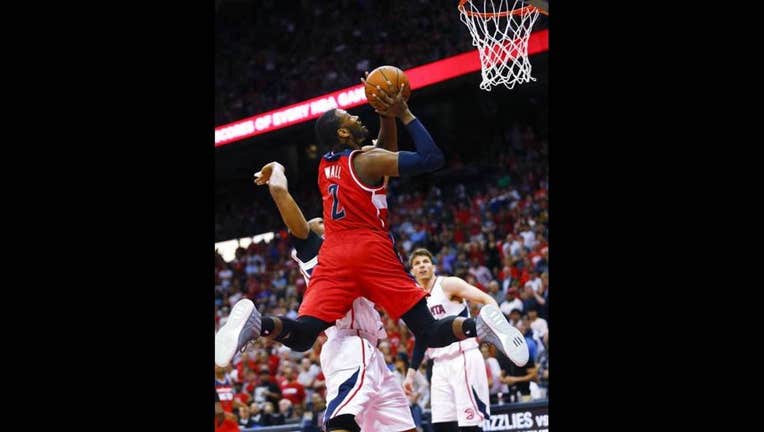 Multiple examinations on Wednesday revealed the extent of his injury.

The Wizards said in a news release, "Wall and the team are currently in consultation with multiple physicians and specialists to determine the best course of action and his playing status has yet to be determined. Further updates will be provided as information becomes available."

Wall suffered the injury bracing himself while falling onto the court during the Wizards' 104-98 victory over the Atlanta Hawks in Game 1 of the Eastern Conference semifinals on Sunday. Two days later, he was a late scratch in the Wizards' 106-90 loss to the Hawks in Game 2.

Ramon Sessions, who was acquired in a trade in February, started for Wall in Game 2 and led the team with 21 points while adding in four assists.

The next game of the series is set for Saturday in Washington.