Glenn Consor, who had been a Wizards broadcaster for more than 20 years, made remarks about Porter that apparently didn’t sit well with the NBA audience.

WASHINGTON - A Washington Wizards announcer came under fire for his call about Houston Rockets guard Kevin Porter Jr. as the two teams played each other on Wednesday night.

Glenn Consor, who had been a Wizards broadcaster for more than 20 years, made remarks about Porter that apparently didn’t sit well with the NBA audience. Porter hit the game-winning shot. 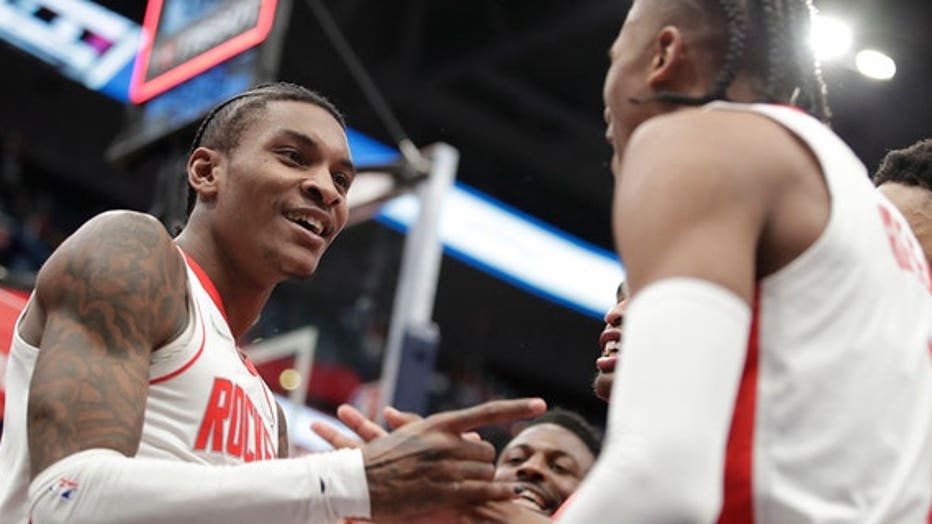 "What a well-designed play. You gotta give him credit. … Kevin Porter Jr., like his dad, pulled that trigger right at the right time," Consor said.

Porter’s father, Bryan Kevin Porter Sr., spent more than 4 years in prison when he pleaded guilty to first-degree manslaughter in the 1993 shooting death of a teenage girl, according to USA Today. In 2004, Porter’s father was shot and killed after trying to help a woman who was being attacked at a bar.

"Oh he thought this was cool huh!!?? Nah we ain’t going for this! Sorry but this ain’t going to fly! How insensitive can you be to say something like this. Beat it man! I pray for you but there’s no place in our beautiful game for you!" James wrote.

Consor apologized in a tweet, saying he thought the Rockets player was the son of former Washington Bullets player Kevin Porter, who was with the organization for six seasons.