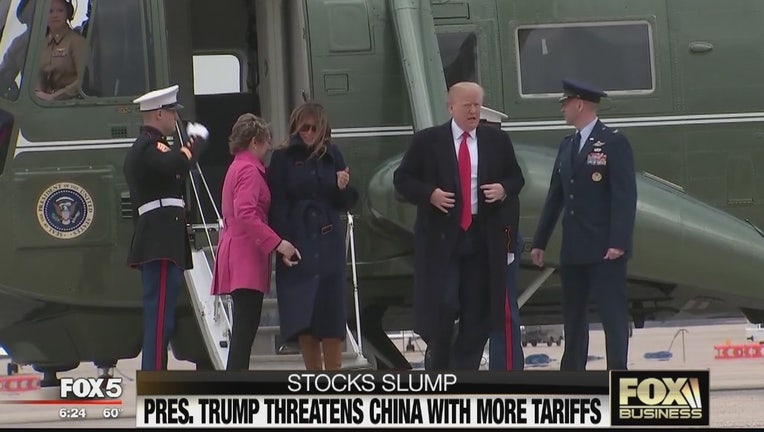 WASHINGTON (AP) - The president's chief economic adviser says he expects China to retaliate over increased tariffs, after talks in Washington ended without a deal on trade.

Larry Kudlow also tells "Fox News Sunday" that President Donald Trump's plan to raise US tariffs to 25 percent across the board could take months to take effect.

The United States began raising tariffs on $200 billion in Chinese imports from 10% to 25% on Friday after American officials accused Beijing of backtracking on commitments made in earlier rounds of negotiations.

The two countries are sparring over U.S. allegations that China steals technology and pressures American companies into handing over trade secrets, part of an aggressive campaign to turn Chinese companies into world leaders in robotics, electric cars and other advanced industries.