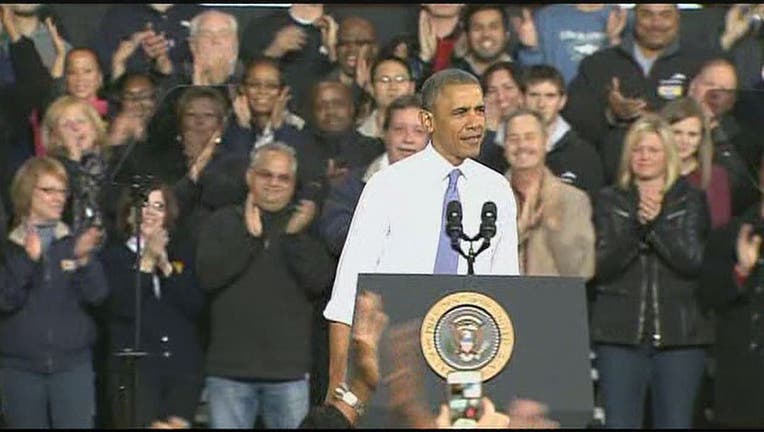 WASHINGTON (AP) -- President Barack Obama and his aides have been trickling out his State of the Union proposals on taxes, education, Internet access and more for weeks. What's left to watch for during Tuesday night's speech? Plenty. The event is as much about the theatrics and accoutrements of the evening as about the meat of the president's proposals.

TONE MATTERS: Regardless of what Obama says, getting the tone of his delivery right is as important as the content. This is Obama's biggest opportunity to let millions of Americans see how he is approaching the final quarter of his presidency. How energized will the lame duck president be? How optimistic? The president came out of his party's midterm election losses with a surprising burst of activity, but there are big questions about whether he will be able to sustain that momentum in the face of opposition from the new Republican-controlled Congress.

LAYING DOWN MARKERS: Obama will tell Americans a lot about what he wants to do. Equally important is what he says he won't do. The president is confronting the new reality of a Congress controlled by the Republicans. He has pledged to find areas of common ground where he can work with the GOP, but he also has already issued five veto threats. Will he lay down new markers in the speech? Watch what kind of balance he strikes between conciliation and determination to stand firm on his positions.

ENTHUSIASM GAP? There's little suspense about how Republicans will react to the president's speech. Obama's plans to increase taxes on the wealthiest Americans and use the money to pay for new tax breaks for the middle class already have been dismissed by House Speaker John Boehner's office as the same old tax-and-spend "approach we've come to expect from President Obama that hasn't worked." What may be more telling is how Democrats react to Obama's address. They've been nervous about how far Obama will go to work with Republicans in areas such as tax and trade deals, and afraid that he may offer too much. Watch how muted their reaction is when the president identifies areas for bipartisan collaboration.

"OH MY" MOMENTS: There's always a cacophony of voices surrounding the State of the Union speech. But occasionally, someone sounds off in a way that truly stands out and speaks to the roiling politics of the moment. During the 2010 State of the Union, Obama's criticism of a Supreme Court ruling on campaign finance so irked Justice Samuel Alito, sitting in the front row, that the justice shook his head and clearly mouthed the words, "Not true." Obama's speech about health care to a joint session of Congress in 2009 was interrupted by a Republican congressman shouting "You lie!" Will there be an "oh my" moment this year?

INVITATION GAME. Presidents stretching back to Ronald Reagan have invited special guests to attend the address to prominently reinforce their messages - health care recipients, service members and the like. This year, the White House has invited 22 guests to sit in the gallery with first lady Michelle Obama, including an astronaut and a number of people who say they've benefited from the president's policies. Lately, members of Congress have gotten in on the act and come up with some attention-grabbing guests of their own. Last year, a GOP congressman invited rocker Ted Nugent, who has referred to Obama's administration as "evil, America-hating." And another congressman brought Duck Dynasty's Willie Robertson.