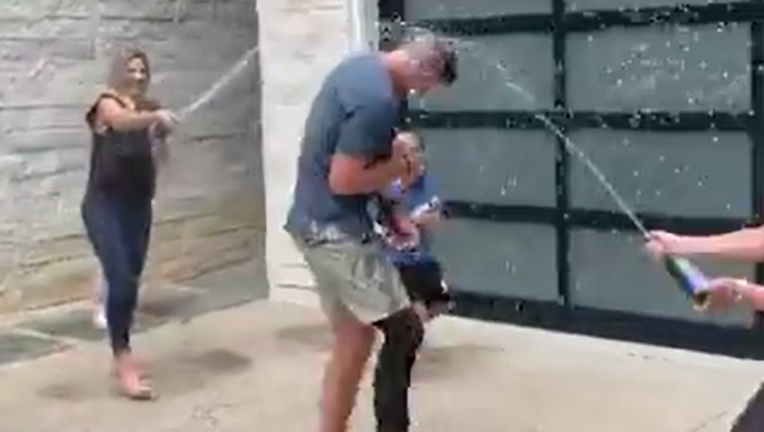 Alex Smith is cleared to play football again, and his family celebrated with Champagne.

WASHINGTON - Alex Smith is cleared to play football again after nearly two years of rehabilitation, and his family celebrated with Champagne.

Smith's wife, Elizabeth, posted a video of the Champagne shower Saturday night on her Instagram:

Alex Smith gets Champagne shower after being cleared for football again

Washington Football Team Quarterback Alex Smith gets a Champagne shower from his family after being cleared to play football. It's an unlikely outcome for Smith, who nearly lost his leg in a gruesome injury nearly two years ago. (Credit: lizbsmith11/Instagram)

Returning to football was an unlikely outcome for Smith, who nearly lost his leg and says he nearly died after a gruesome injury nearly two years ago.

Smith will now have to focus on avoiding pass rushers instead of his young children.

The Football Team is set to start its season Sept. 13 against Philadelphia.

Smith, 36, is entering the second year of a four-year, $94 million contract.

Washington on Sunday afternoon tweeted a video of Smith's return to team practice: