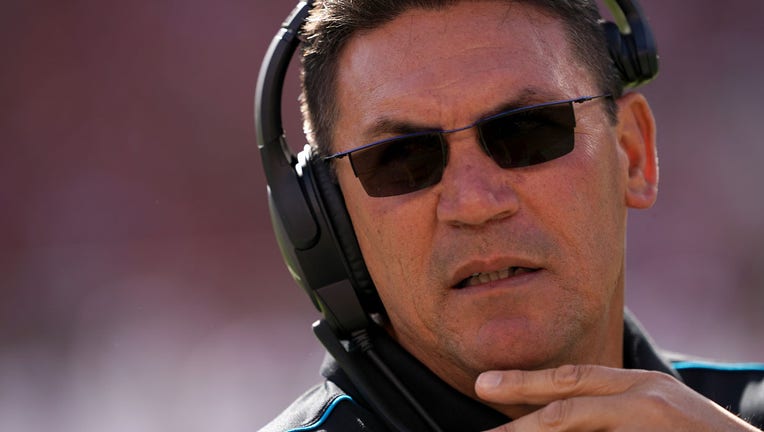 WASHINGTON (FOX 5 DC) - Washington's head football coach has revealed that he has been diagnosed with a form of skin cancer following a self-check. This story was first reported by ESPN.

Ron Rivera told ESPN's Adam Schefter Thursday night that the cancer is in the early stages and is considered "very treatable and curable."

Reports say Rivera is working with a team of doctors and healthcare specialists to establish a treatment plan.

Rivera told the team of his diagnosis on Thursday, according to ESPN, he said:  "Some were stunned. A bunch came up and wished me well. I said, 'I’m going to be a little more cranky, so don’t piss me off.'"

Rivera is expected to continue coaching while undergoing treatment. He was hired as Washington’s coach and put in charge of football operations in January. The 58-year-old of Mexican and Puerto Rican descent is the first minority coach in franchise history.

"Coach Rivera wishes to extend his thanks to the team doctors and athletic trainers, and all of the healthcare specialists who will be assisting him through his treatment plan. In addition, Coach Rivera wishes to extend his heartfelt thanks to the Snyders, coaches, players, staff and fans of the Washington Football Team, as well as his family for their love and support during this time.

The Washington Football Team wishes Coach Rivera a speedy recovery, and we will be supporting him every step of the way."