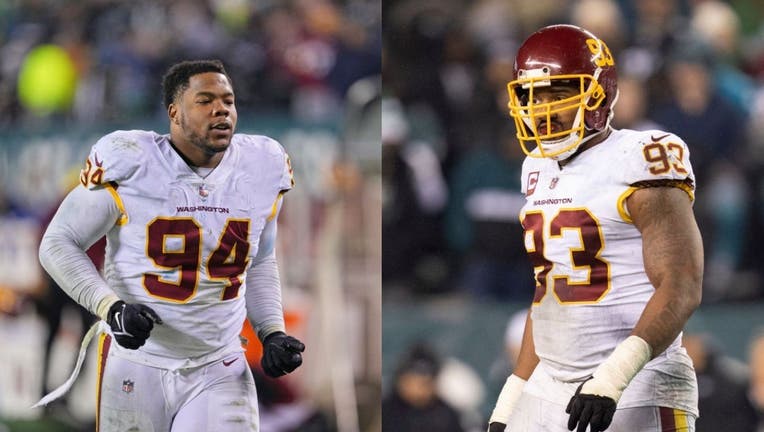 Washington Football Team's on-field performance wasn't good with a 42-point drubbing at the hands of the Dallas Cowboys Sunday night. However, a fight between two defensive players that was caught on camera is now grabbing headlines as well.

Defensive tackles Daron Payne and Jonathan Allen have been teammates for years, first at Alabama and now for four years with the Washington Football Team.

Their scuffle took place during the second quarter of Washington's game against Dallas on Dec. 26 after the Cowboys had scored their third touchdown on as many drives.

Some words were exchanged and then Payne appears to put his finger in Allen's face. Allen then stands up and appears to swing a fist and teammates attempt to separate the pair.

Head coach Ron Rivera says he doesn't want to see these types of disagreements play out in this way, but he thinks it symbolizes their passion for the game.

"When guys are around each other for a long time, they expect certain things from each other, and they challenge each other a little bit, and sometimes it gets a little bit out of hand," Rivera said.

Payne told ESPN this was a "brotherly disagreement." Allen says everyone was frustrated with how the game was going.

"Things get heated," he said. "I think everybody saw what happened. I think the important thing is we’re going to move forward from it."

Rivera says he spoke with both players Sunday night after the game and indicated he would be checking in with them later this week.

Indications are that this is an internal matter and there won't be any fines or punishments.