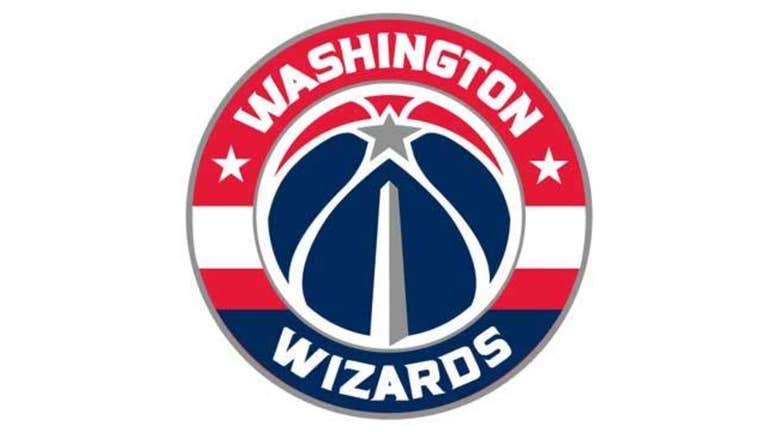 Marcin Gortat scored 16 points, Otto Porter had 15 and Paul Pierce added 10 for the Wizards, who host Game 3 on Friday night.

Jonas Valanciunas had 15 points and 10 rebounds and Sixth Man Award winner Lou Williams scored 20 points for the Raptors, who have lost four straight playoff games over the past two seasons.

Washington lost 15 of its final 19 regular season road games, but has won seven of eight away from home in the playoffs over the past two years. The Wizards won all three road games while beating Chicago in last year's first round.

All-Star guard Kyle Lowry, who fouled out of Game 1 with seven points after missing eight of 10 shots, struggled again. Lowry limped to the locker room midway through the fourth quarter and did not return. He finished with six points on 3-of-10 shooting.

The Wizards connected on 27 of 39 field goal attempts in the second and third quarters.

Washington, which out rebounded Toronto 61-48 in Game 1, was dominant on the glass again. The Wizards finished with 45 rebounds while the Raptors had 28. Toronto didn't get a single offensive rebound in the first half.

Toronto took a 12-2 lead and held a 31-26 edge after one quarter. DeRozan scored nine points in the first and Valanciunas had eight.

Just as they did in Saturday's Game 1 win, the Wizards used a second-quarter surge to take the lead. Beal scored 16 points in the second, including a 3 that started a 13-0 run to put the Wizards up 60-49 at halftime. The Raptors struggled after Lowry picked up his second and third fouls in an 11-second span and spent the final 9:18 of the half on the bench.

The Raptors opened the third with a 12-3 spurt, cutting the deficit to 63-61, but Washington responded with 10 straight points to restore its double-digit lead. Wall scored 10 points in the third as the Wizards took a 97-75 lead into the fourth, leading to boos from the Air Canada Centre crowd.

Raptors: Tyler Hansbrough made his second straight start in place of Johnson. ... Rapper Drake, Toronto's "Global Ambassador," watched from a courtside seat next to the Raptors bench.

Wizards: Washington has outscored Toronto 61-37 in the second quarters of Games 1 and 2. ... Gortat's 10 points in the first quarter were more than he had scored in any of his four previous full games against Toronto this season.