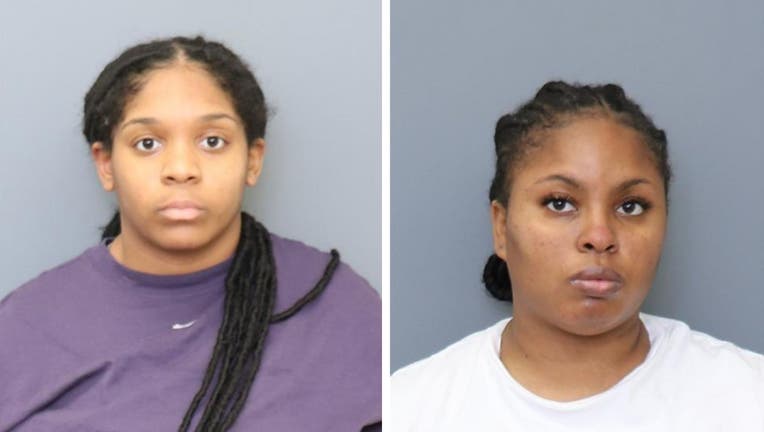 WALDORF, Md. - Two Waldorf women suspected of attacking a Taco Bell employee and then smashing into a group of people standing out front, as well as the eatery itself, are employed as Prince George's County corrections officers.

The department told FOX 5 that the employees were off duty during the alleged attack, and they will be assigned to "non-operational" status "pending the disposition of their cases."

Investigators are looking for suspects after a car scattered several people and then smashed into a storefront at a Waldorf Taco Bill.

According to investigators, Williams placed an order at the Taco Bell drive-through and then both she and Johnson pulled up to the drive-through window where they began arguing with an employee.

Investigators say the argument escalated, and the women left the car, approached the window, and attacked the employee.

Afterward, the pair returned to the car, then drove around to the front, where they paused before plowing into a small group of people gathered there, and then into the glass doors.

Several people were treated for injuries, but none of their injuries were life threatening, according to the sheriff’s office.

Detectives tracked down the pair on Monday, taking them into custody.

They are both held at the Charles County jail without bond.