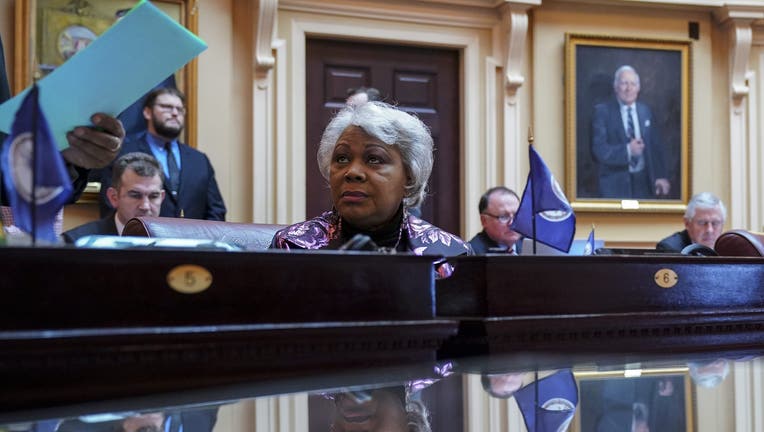 L. Louise Lucas (C), Democrat and longtime member of the Virginia Legislative Black Caucus, listens to the proceedings on the Senate floor at the Virginia State Capitol, February 7, 2019 in Richmond, Virginia. (Photo by Drew Angerer/Getty Images)

PORTSMOUTH, Va. (AP) - Authorities in Virginia say a state senator has been charged with two felonies for her alleged involvement in the damaging of a large Confederate monument during protests in the city of Portsmouth.

WAVY-TV reports Democratic state Sen. Louise Lucas faces charges of conspiracy to commit a felony and injury to a monument in excess of $1,000.

The monument stands on a site where slaves were once punished. It consists of a large obelisk and statues of four Confederate military personnel.

Heads were ripped off some of the statues while one was pulled down during protests in June.

Police said a local school board member, as well as members of the NAACP and the public defender’s office, face charges as well.