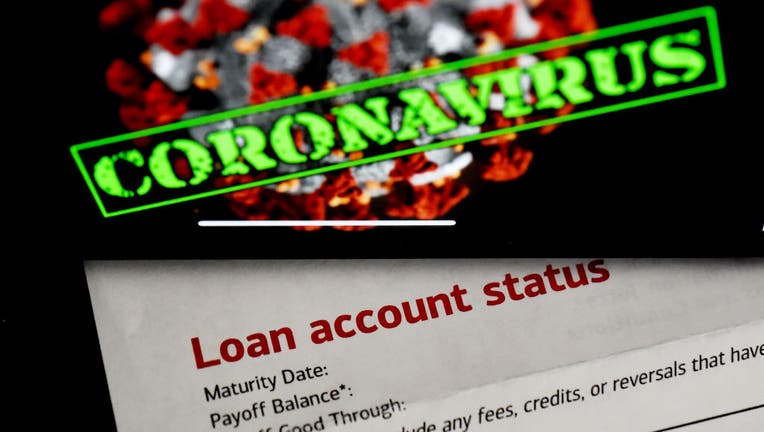 In this photo illustration, a loan statement account status is displayed next a iPhone screen behind reading "coronavirus" on April 16, 2020, in Arlington, Virginia. - The $349 billion cap for small business loans for the coronavirus stimulus was rea

RICHMOND, Va. - More than 86,000 federal loans totaling $12.7 billion have been approved for small businesses in Virginia for relief amid the coronavirus pandemic, according to data released this week.

Under the U.S. Small Business Administration’s first round of Paycheck Protection Program funding, about 40,370 loans totaling $8.72 billion were approved for Virginia businesses, federal data obtained by The Richmond Times-Dispatch showed.

During the ongoing second round, about 46,370 additional loans totaling more than $3.97 billion were approved, according to the Small Business Administration numbers cited by the newspaper.

The Paycheck Protection Program was created to infuse small businesses, which typically have less access to quick cash and credit, with hundreds of billions of dollars in forgivable emergency loans that could help keep workers on the job and bills paid on time.

Businesses have to meet certain criteria to receive the funds, including putting at least 75% of the money into payroll, according to the guidelines.

Between the two rounds, about $659 billion in federal funds have been allocated for small businesses nationwide, news outlets reported.

The initial $350 billion offered in the first round, which began in early April, ran out about two weeks after the application process opened, news outlets reported. Congress approved an additional $310 billion for the second round, which began April 27.

Businesses get ready to reopen in Virginia

Governor Northam says he expects non-essential businesses to begin phases of reopening starting on May 15. He says it means people will be able to go out to eat again, but restaurants will use less of their seating to spread people out, employees will wear face coverings, and there will be other restrictions that have yet to be outlined.

The founder of a Richmond-based sports apparel maker told The Times-Dispatch that his company received a loan through the program in April and used part of the funds to rehire some employees who were laid off when business initially declined as a result of the pandemic.