Reaction to chaos at the Capitol

The Prince William County Police Department announced a contingent of officers are being deployed to assist law enforcement in DC at the request of US Capitol Police as part of a mutual aid agreement.

ANNAPOLIS, Md. (FOX 5 DC) - Maryland and Virginia are sending the National Guard along with State Police to the District on Wednesday after chaos erupted at the U.S. Capitol building.

Around 3:30 p.m., Virginia Governor Ralph Northam pledged to send members of the National Guard along with 200 state troopers.

Later in the evening, Maryland Governor Larry Hogan said he would send 200 state troopers, and that he would mobilize 500 National Guardsmen.

"I never thought I’d see a day like this in America. I am not going to stand for this, and neither should any American," Hogan said via Twitter.

Governor Larry Hogan took to Twitter on Wednesday to condemn the chaos that gripped the nation's capital.

"All Americans should be outraged by this attack on our nation’s Capitol. This is a heinous and violent assault on the heart of our democracy. I will not stand for this, and neither should any American."

In addition, the White House ordered the National Guard to respond to the situation earlier in the day, according to spokesperson Kayleigh McEnany.

Thousands had poured into D.C. on Wednesday in order to support President Donald Trump, and to protest the results of the 2020 election, which former Vice President Joe Biden won.

After a rally featuring the president, the protesters stormed the Capitol building itself after Congress had convened to county the Electoral College votes.

The debate over the vote was suspended amid the chaos, which included at least one shooting. 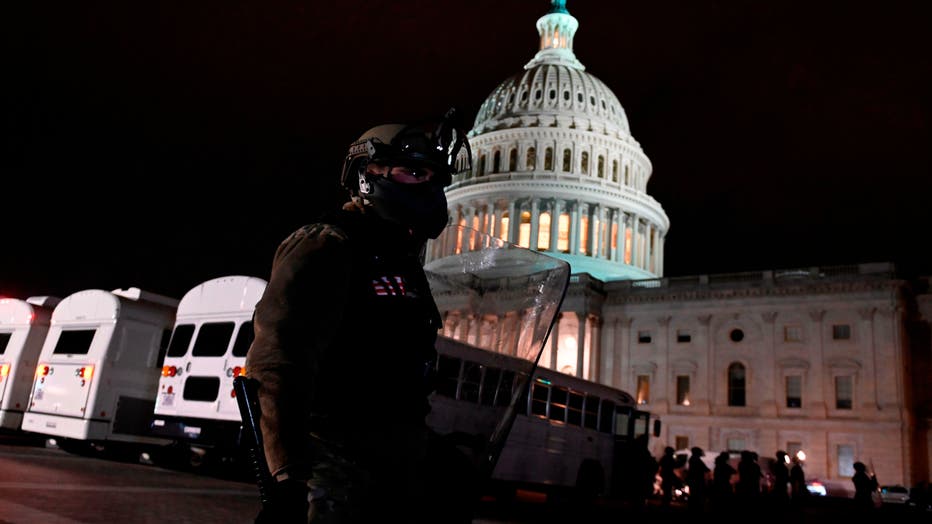 Members of the DC National Guard are deployed outside of the US Capitol in Washington DC on January 6, 2021. - Donald Trump's supporters stormed a session of Congress held today, January 6, to certify Joe Biden's election win, triggering unprecedente

D.C. police officials said protesters used chemical irritants against officers when they breached the barrier and penetrated the building.

Late in the afternoon, Trump released a video via Twitter telling protesters to "go home."

The president has maintained that the results of the election were fraudulent.