As the gun debate rages on in Virginia, gun store owners in the Commonwealth say business is booming.

ALEXANDRIA, Va. (FOX 5 DC) - As the gun debate rages on in Virginia, gun store owners in the Commonwealth say business is booming.

“Business has been absolutely crazy,” explained Jerry Rapp, owner of SpecDive Tactical in Alexandria. Rapp said business has increased by 200 to 300 percent since the last election, although that doesn’t mean the news is all good for the gun shop owner and his customers. “People are really on edge. They’re worried about their Second Amendment rights. They’re worried about the future of what you can and cannot have as a firearm.”

The concern stems from last November when Virginia Democrats took over both the executive and legislative branches of government for the first time in decades. Now, with efforts underway to pass new gun laws, people like Jake Roberson are flooding into stores like SpecDive.

“If they’re willing to make laws that will strip your second amendment right, I mean who’s to say what could happen, so yeah, I’m gonna get it while I can,” Roberson said. 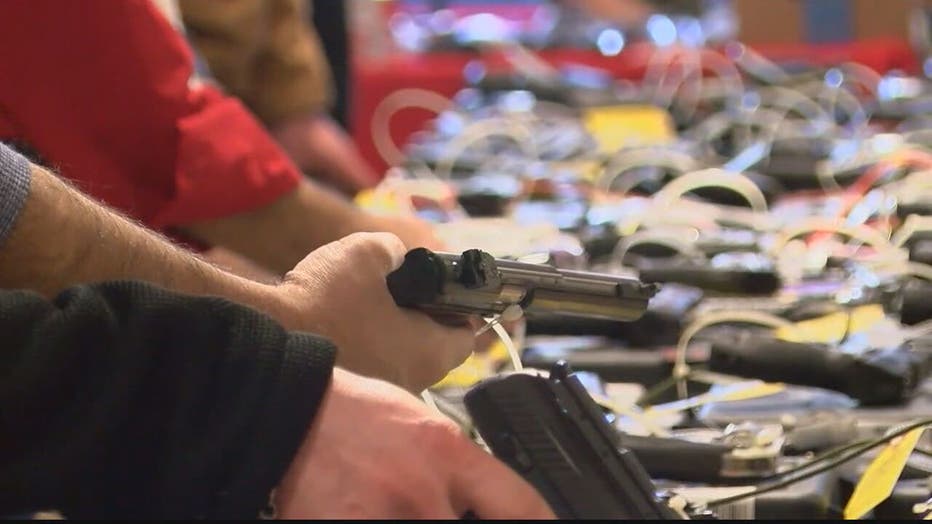 FBI statistics show he’s far from alone. In December 2018, for instance, there were about 53,000 firearm background checks run in Virginia. But this past December, the number ballooned to nearly 77,000 background checks, an increase of about 45 percent.

“Profitability-wise it’s been great but at some point that’s going to stop,” Rapp said. “And stop means that either everything has gone back to kind of the same as where we were or that it’s going to be stopped and my business could be effected completely where I could be out of business.”

Some of the laws that been proposed in Virginia would limit handgun purchases to one per month, require universal background checks, institute red flag laws, and local governments would also be allowed to ban guns at certain events. Gun control advocates have expressed strong support for the measures.