&nbsp;A judge on Thursday upheld a ban on firearms at a pro-gun rally scheduled for next week in Virginia, rejecting a request from gun-rights groups who had sued to overturn it.

RICHMOND, Va. (AP) - A judge on Thursday upheld a ban on firearms at a pro-gun rally scheduled for next week in Virginia, rejecting a request from gun-rights groups that sued to overturn it.

The Virginia Citizens Defense League and Gun Owners of America filed a lawsuit Thursday seeking an injunction against the ban, which Gov. Ralph Northam imposed for a rally scheduled to take place Monday on the grounds of the Virginia Capitol.

In her written ruling, Richmond Circuit Court Judge Joi Taylor said the governor has the authority under state law to take action related to "the safety and welfare" of the state.

Taylor cited rulings from the U.S. Supreme Court and other courts that found the Second Amendment right to bear arms is not unlimited. Because of that, she wrote, the gun-rights groups would not "suffer an irreparable harm" sufficient to justify the injunction.

The judge's ruling came hours after the FBI in Maryland announced the arrest of three men who they said were linked to a violent white supremacist group. The three men were believed to be planning to attend the rally in Richmond, according to a law enforcement official who spoke to The Associated Press on condition of anonymity to discuss an active investigation.

Virginia's solicitor general, Toby Heytens, argued during Thursday's hearing that the governor was well within his authority to declare the state of emergency and ban weapons after law enforcement identified "credible evidence" that armed out-of-state groups planned to come to Virginia with the possible intention of participating in a "violent insurrection."

Browne did not respond to a telephone message and email seeking comment on the ruling. Philip Van Cleave, president of the Virginia Citizens Defense League — the gun-rights group sponsoring Monday's rally — called the ruling “mind-boggling" and said his group's lawyers were racing to file an appeal with the Virginia Supreme Court.

Northam applauded the ruling in a prepared statement.

“I took this action to protect Virginians from credible threats of violence,” he said. “These threats are real — as evidenced by reports of neo-Nazis arrested this morning after discussing plans to head to Richmond with firearms.” 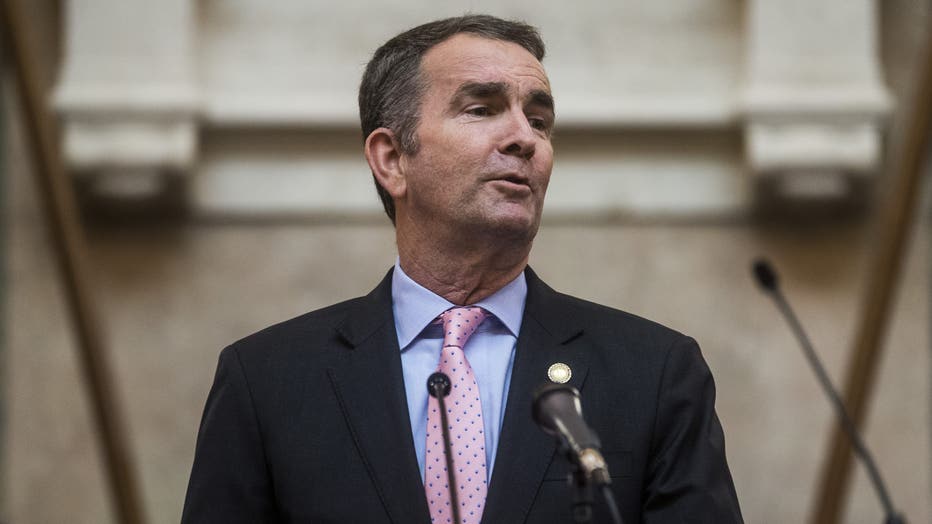 While the court challenge was going on, Virginia senators were debating a package of gun-control bills.

The Democrat-led Senate advanced legislation limiting handgun purchases to once a month, requiring universal background checks on gun purchases, and allowing localities to ban guns in public buildings, parks and other areas. The measures largely passed along partisan lines and will now go to the House for consideration.

Democrats said they were reasonable measures that would improve public safety while respecting the rights of law-abiding gun owners. They said the public had made clear by voting for Democrats in recent elections that new gun laws were needed.

Republicans decried the legislation as an assault on the Second Amendment. They said the bill was aimed at appeasing special interest groups and donors such as Democratic presidential hopeful Michael Bloomberg. GOP senators said the new laws would entrap innocent people and do nothing to stop bad actors.

"This may be what you think is safety, but it is not,” said Republican Sen. Bill Stanley.

Associated Press reporters Alan Suderman in Richmond; Michael Kunzelman in College Park, Maryland; and Mike Balsamo in Washington in contributed to this report.