D.C. police are looking for suspects after an attack on an Asian shop owner was caught on camera.

WASHINGTON - A suspect reportedly shouted "F* the Chinese. I hate the Chinese" before attacking a shop owner in D.C.'s NoMa neighborhood on Tuesday afternoon.

The incident happened just before 2 p.m. when the man reportedly asked the shop owner to open a jewelry case.

The owner, Chuong Hu Lu told Fox 5 he told the customer, "no" because store policy is to keep the case closed.

Surveillance video then shows the man punching Hu Lu twice, once in the head and the other in the mouth while yelling and cursing at him.

"I’m really scared. We didn’t do nothing wrong. He just asked me one question. I just said, ‘no.’ Then he punch me and say ‘F* you Chinese people. I hate Chinese. Why you do me like this?’ I didn’t even do nothing wrong," Hu Lu said.

After the man punched Hu Lu the woman he was with tried to hold him back. Hu Lu’s wife also tried to intervene.

Still shots show the man and woman casually walking out of the store after the incident.

DC police are investigating a possible hate crime after an attack on an Asian shop owner was caught on camera.

Hu Lu was taken to the hospital where he received over a dozen stitches.

D.C. police are investigating this as a possible hate crime.

Hu Lu says he and is family just celebrated 22 years in the United States.

Han Zhunz, who owns a neighboring store, say both he and Hu Lu have had businesses in NoMa for over 20 years, adding that recent attacks on Asians are both frightening and hurtful. 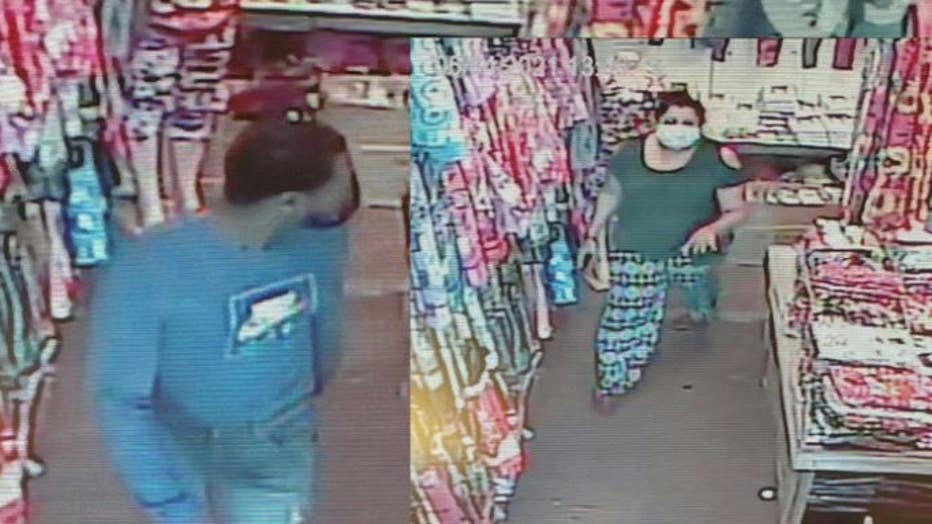