LOS ANGELES - Cases of COVID-19 in the Los Angeles County jail system have spiked by nearly 60% in the span of a week, according to numbers reported Monday by Sheriff Alex Villanueva.

It’s hard to believe anyone would want to get infected with the COVID-19 virus but that is exactly what Sheriff Villanueva claims is happening at the North County Detention Facility, or Pitchess Center, in Castaic.

Surveillance video from April 26 shows one inmate in Module 6 filling a drinking bottle with hot water, from a wall dispenser.

Video shows inmates passing around a hot water dispenser used for ramen and hot drinks, the sheriff said, as a deliberate attempt to infect themselves with the coronavirus

But instead of putting the usual coffee or ramen noodles in the cup, the inmate takes the full cup to a group of prisoners and they all proceed to drink from it, passing it around a few times.

Another video shows a styrofoam cup used the same way, as well as a face cover mask. Several prisoners sniff into and breathe in and out of it, passing it around.  The plan, says Villanueva, was to spread the virus so they could get released from custody. 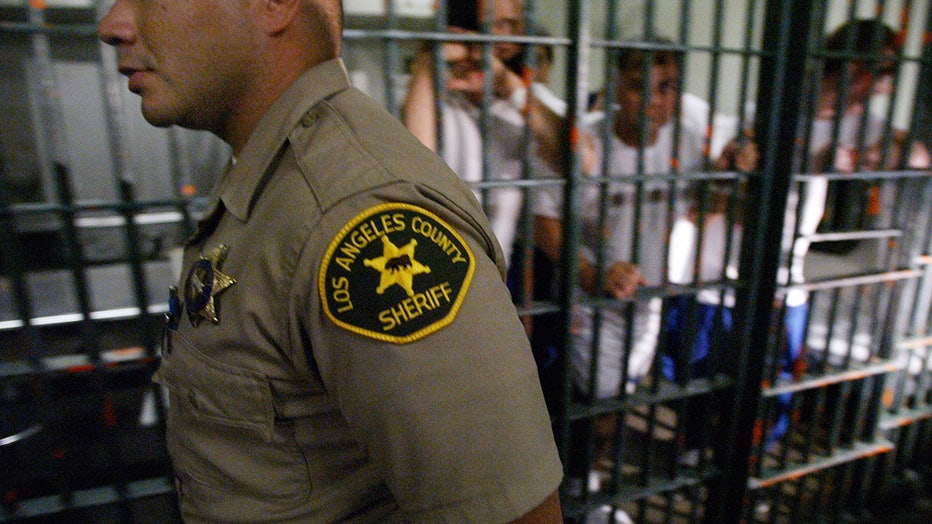 Within a week of the video, 21 inmates tested positive in the module, as well as staffers. The sheriff is tightening procedures, and now testing every inmate as they get booked.

In February, about 5,000 prisoners were released from L.A. County jails, to reduce the risk of infection within the overcrowded system, which now houses approximately 11,700 people.

No more releases are planned, and sick inmates are treated within the health facilities on site. Sheriff investigators say they are doing all they can to keep staff and inmates safe, but organizations like Justice LA, a coalition of groups working for prisoners' rights say he is only demonizing those who have been incarcerated, to hide conditions in the county system.

No word on how many staff members at Pitchess were infected with the virus, but that could lead to criminal prosecution for those behind the scheme.