Video captured by a witness and obtained exclusively by FOX 5 shows a man attacked by a group of teens and pushed on to the Metro tracks last Friday.

WASHINGTON - Video captured by a witness and obtained exclusively by FOX 5 shows a man attacked by a group of teens and pushed onto the Metro tracks last Friday.

The man spoke to FOX 5 about the ordeal, which he says almost cost him his life and broke his knee cap. He is now out of work until his injury heals. 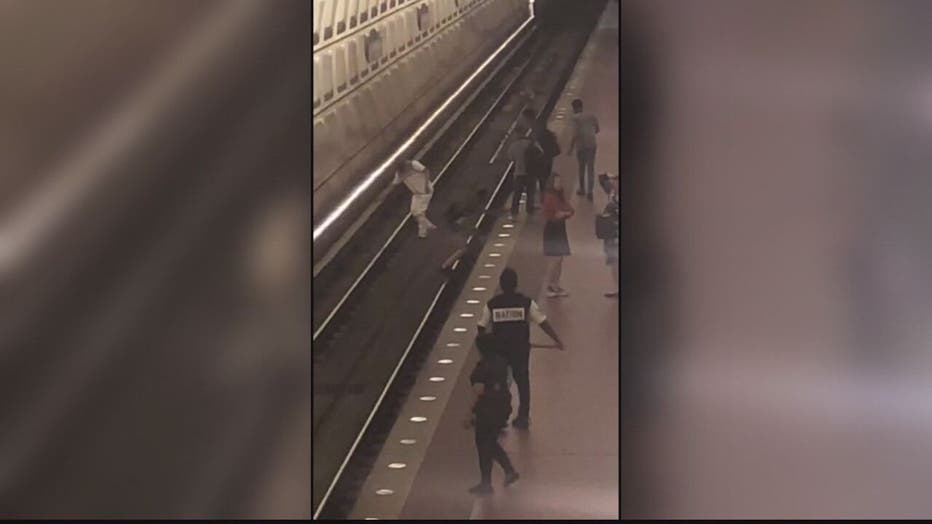 The man, who asked not to be identified, said the attack began when a teen slapped him randomly on a train headed toward Gallery Place. He got off at the Navy Yard stop to try and identify the teen who assaulted him and that is when nearly a half dozen teens attack, shoving him into the tracks.

Video shows the man falling on to the tracks and appear to touch the electrified third rail. He explained that his hand luckily made contact with the rail's cover. 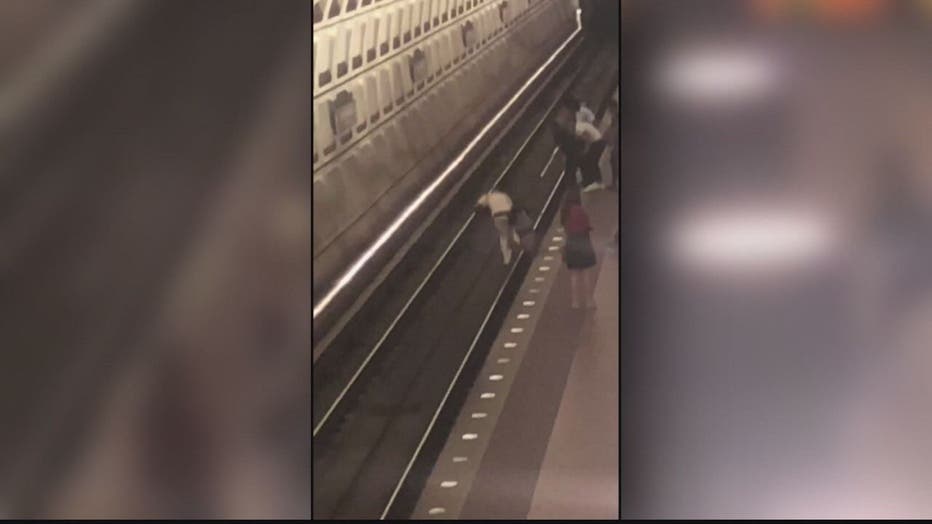 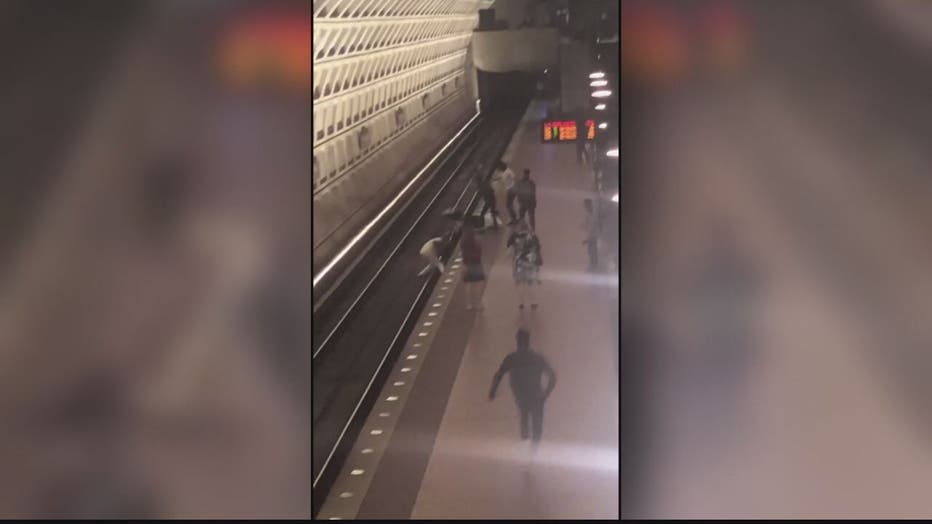 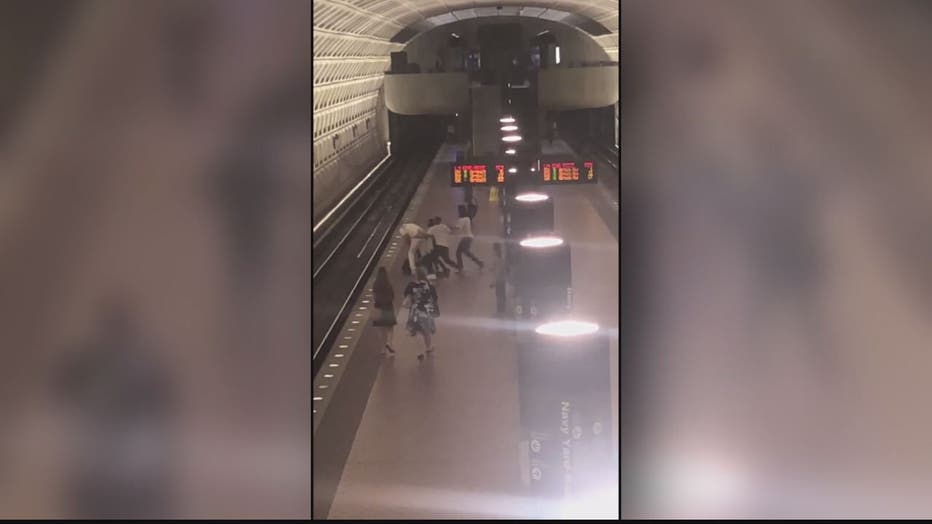 The man says he does not plan to ride Metro again.

"People catch Metro every day from all walks of life and if you can't guarantee people's safety what good is your system?" he asked.

Metro did log the aggravated assault on its daily crime blotter, but the details only became known because the victim contacted FOX 5.

Metro offered the following statement regarding its handling of the incident:

Metro Transit Police are committed to protecting the safety and security of our customers and employees and ensuring that individuals who commit crime on the system are brought to justice. In addition to responding to a broad range calls for service each day, officers regularly patrol the system’s 91 rail stations, ride trains and buses, support the District’s “Safe Passage” program for kids traveling to and from school, and protect the system’s critical infrastructure. The department takes an active posture against crime, continually monitoring trends and adjusting officer deployment accordingly. Detectives assigned to the Navy Yard case worked hard to gather evidence, review hours of video footage, identify the individuals responsible, and have made four juvenile arrests to date.