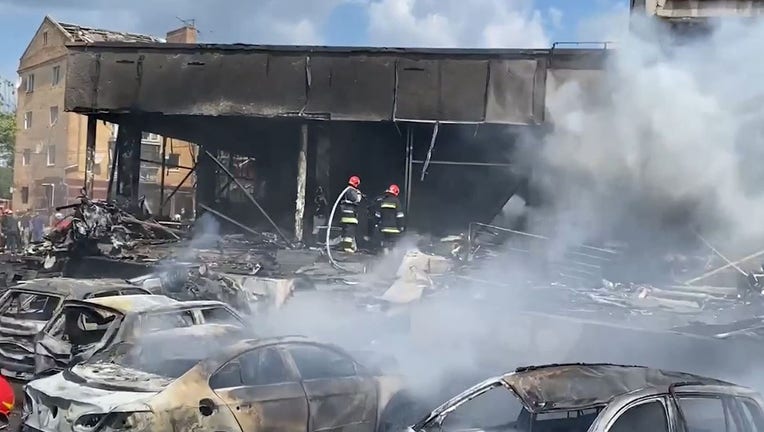 Rescuers work at the scene of a building that was damaged by a deadly Russian missile attack in Vinnytsia, Ukraine, Thursday, July 14, 2022. (Photo via Storyful)

VINNYTSIA, Ukraine - A heartbreaking social media video captures a little girl and her mother together moments before a Russian airstrike devastated the Ukrainian city of Vinnytsia on Thursday.

Sadly, that video was the final time the child and her mother were together. Four-year-old Lisa died and 33-year-old Iryna Dmytrieva was seriously injured and reportedly lost her leg in the attack.

The Instagram video shows the pair walking along the street with Lisa happily pushing a stroller, the same one she was later seen lying next to in the aftermath of the attack. Officials released photos of the carnage to condemn the airstrike; the stroller was clearly seen in one of them – damaged and covered with blood.

Lisa was among three children reported to have died in the airstrike, which killed at least 23 people and wounded over 100 others.

Ukraine's Ministry of Defence shared the video on Twitter: "During the Russian terrorist attack on Vinnytsia on July 14, a little girl named Lisa died from the explosion. Her mother Iryna was taken to the hospital with her leg torn off. Iryna’s page on social media captures the last minutes of her daughter’s life."

Dmytrieva’s Instagram page features multiple photos and posts about her and Lisa, who had Down syndrome, a friend of the family told a Ukrainian media outlet. 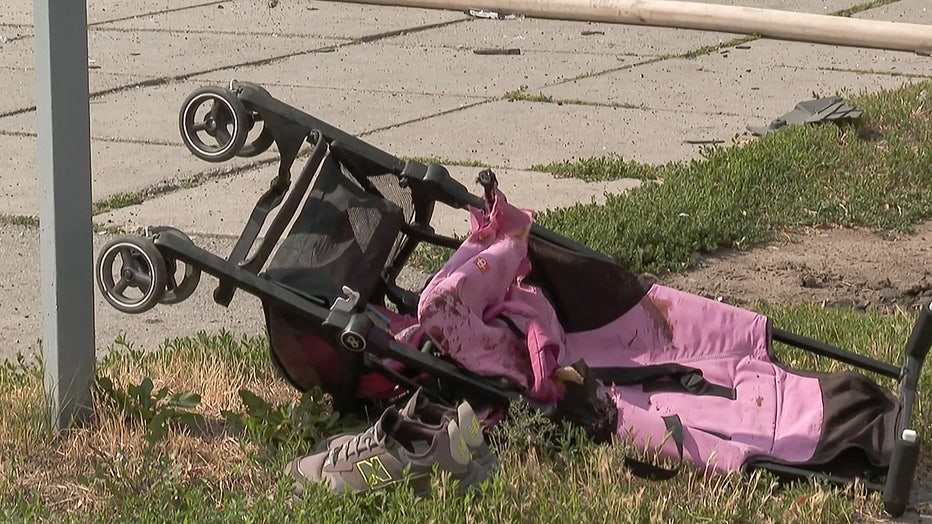 A video grab taken from AFPTV footage on July 14, 2022 and released on July 15, 2022 shows a stroller lying on the ground after Russian missiles have struck Vinnytsia, in central Ukraine. (Photo by SERGII VOLSKYI/AFP via Getty Images)

"She remembered that she was reaching for her daughter, and Lisa was already dead," Iryna's aunt, Tetiana Dmytrysyna, told The Associated Press on Friday. "The mother was robbed of the most precious thing she had."

More than 73 people — including four children — remained hospitalized and 18 people were missing after Thursday's strike, said Oleksandr Kutovyi, spokesman for the emergency service in the Vinnytsia region. Search teams were poring over two sites on Friday — an office building with a medical center, and a concert hall near an outdoor recreation area where mothers with children often stroll.

RELATED: Ukrainian survivor: Only a 'monster' would attack a mall

Overall, Ukraine’s presidential office said Friday morning that 26 civilians were killed and another 190 were wounded by Russian shelling over the past 24 hours. That included three other victims in the Donetsk region, which along with neighboring Luhansk — nearly totally controlled by Russian forces — makes up the broader Donbas region.