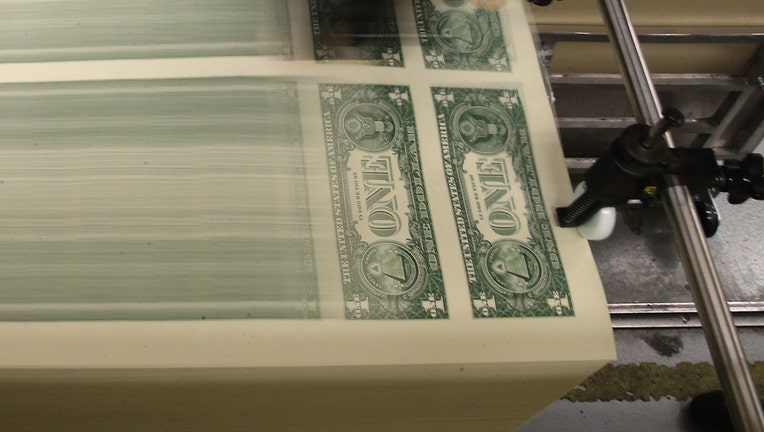 FILE: Sheets of one dollar bills run through the printing press at the Bureau of Engraving and Printing on March 24, 2015 in Washington, DC. (Photo by Mark Wilson/Getty Images)

LOS ANGELES - The value of the U.S. dollar varies by state, a report found, with $1 having the least value in Hawaii and the most in Mississippi.

A report from 24/7 Wall St. calculated the value of a dollar in each state using data from the U.S. Department of Commerce's Bureau of Economic Analysis.

A dollar goes the furthest in America's poorest states, which are areas primarily located in the South, the report said. On the other hand, a dollar has the least purchasing power in the nation's most expensive states, which are home to some of the United States' largest and most affluent cities, according to the report.

The dollar's value is tied for second and third place in Alabama and Arkansas, worth $1.15 in both states. It is worth $1.14 in West Virginia and Kentucky, which have tied for the fourth and fifth-highest value. West Virginia also has the lowest median home value at $119,800, which is just below that of Mississippi.

Connecticut has the highest personal income per capita at $74,561, and the highest income adjusted by cost of living at $61,600. A dollar is worth $0.92 in the state, which is the sixth-lowest value.

The value of a dollar is actually worth $1 in only four states: Rhode Island, Florida, Oregon and Delaware.