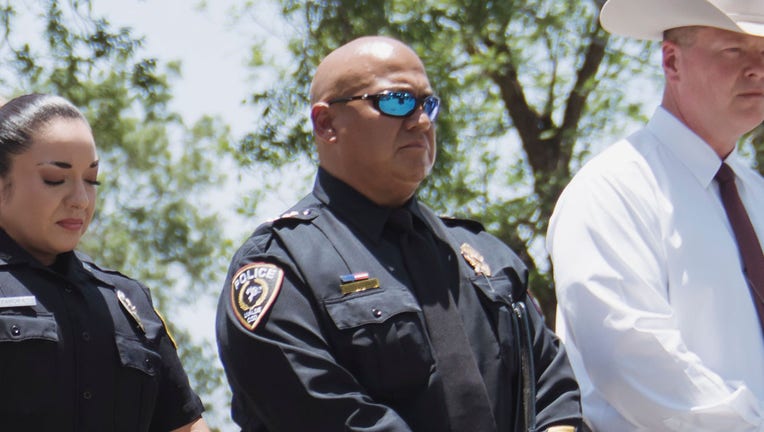 UVALDE, TX - MAY 26: Uvalde school district Police Chief Pete Arredondo attends a press conference on May 26, 2022 in Uvalde, Texas, where 19 students and 2 adults were killed during the mass shooting at Robb Elementary School, with the gunman fatall

UVALDE, Texas - The school district police chief criticized for waiting too long before law enforcement confronted and killed the gunman during a mass shooting at a Texas elementary school did not appear at a City Council meeting in Uvalde on Tuesday, despite being newly elected to the panel.

Mayor Don McLaughlin said he was unable to explain why the district police Chief Pete Arredondo wasn't at the brief meeting. Two weeks ago, 19 students and two teachers were killed at Robb Elementary School in Uvalde. Law enforcement and state officials have struggled to present an accurate timeline and details, and have stopped releasing information about the police response.

McLaughlin told reporters at the meeting that he was frustrated with the lack of information.

"We want facts and answers, just like everybody else," the mayor said. 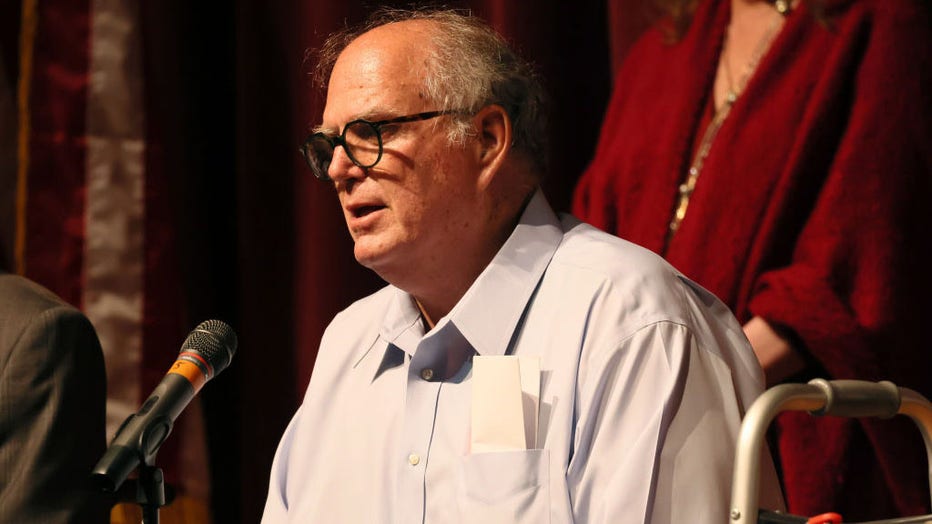 FILE - Mayor Don McLaughlin speaks during a press conference about the mass shooting on May 27, 2022, in Uvalde, Texas. (Photo by Michael M. Santiago/Getty Images)

Steven McCraw, the head of the Texas Department of Public Safety, has said Arredondo, who was in charge of the multi-agency response on May 24, made the "wrong decision" to not order officers to breach the classroom more quickly to confront the gunman.

As the mayor spoke in Uvalde on Tuesday, lawmakers in Washington heard testimony from the son of a woman who was killed in a recent mass shooting in Buffalo, New York, as lawmakers work toward a bipartisan agreement on gun safety measures. And at a White House press briefing, actor Matthew McConaughey, a Uvalde native, spoke with passion about his conversations with the families of the children who were killed and the need for more stringent gun control.

The gunman, 18-year-old Salvador Ramos, spent roughly 80 minutes inside Robb Elementary, and more than an hour passed from when the first officers followed him into the building and when he was killed, according to an official timeline. In the meantime, parents outside begged police to rush in and panicked children called 911 from inside.

Arredondo has not responded to repeated interview requests and questions from The Associated Press.

Actor Matthew McConaughey, who grew up in Uvalde, Texas, spoke at the White House press briefing about his experiences in the town following the mass shooting at Robb Elementary School. At times becoming emotional, McConaughey told stories of meeting with the families of the children killed and how this time things may finally be different with regard to gun reforms. Telling reporters that "we're not as divided on this as we're being told we are," the actor implored gun owners to step up and support reforms including raising the minimum age for assault rifle ownership to 21 and supporting background checks and waiting periods for gun ownership.

After the City Council meeting, Alfred Garza III, whose 10-year-old daughter, Amerie Jo, was among the Uvalde students killed, told reporters that he attended the meeting to see what else he could learn about what happened that day.

He said he had been curious as to whether Arredondo would attend the meeting, and said he had "mixed feelings" about the district police chief's absence.

"He obviously didn’t show up for a reason," Garza said, adding that he assumed Arredondo thought if he did appear he would get a lot of questions.

Garza said he doesn’t have "a lot of ill will" toward Arredondo, nor does he blame just one person for what happened, but he does think more could have been done that day.

"They did take a long time to get in there," Garza said. 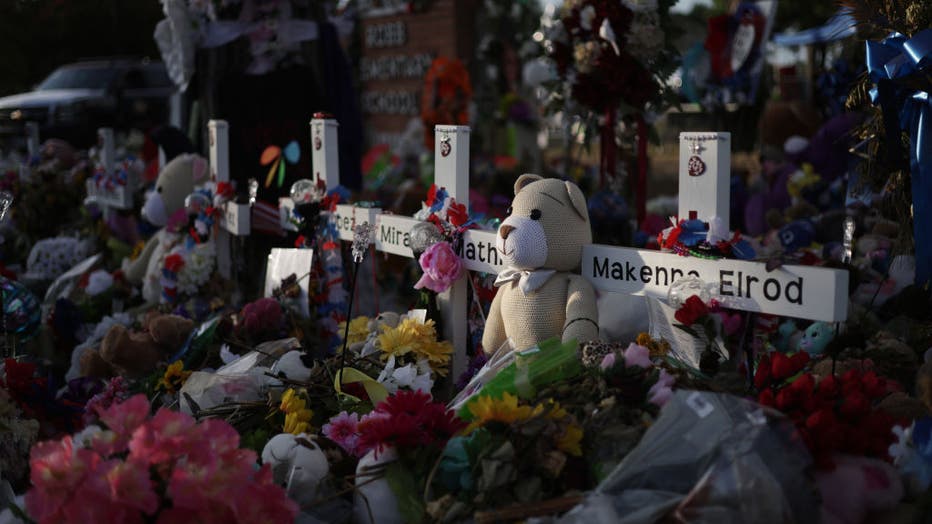 UVALDE, TEXAS - JUNE 03: Flowers, plush toys and wooden crosses are placed at a memorial dedicated to the victims of the mass shooting at Robb Elementary School on June 3, 2022 in Uvalde, Texas. (Photo by Alex Wong/Getty Images)

Since the shooting, there have been tensions between state and local authorities over how police handled the shooting and communicated what happened to the public.

The Texas Department of Public Safety has begun referring questions about the investigation to the Uvalde-area district attorney, Christina Mitchell Busbee. She hasn't responded to repeated interview requests and questions from AP.

McLaughlin said he has asked officials for a briefing but "we're not getting it."

He said the city's police chief was on vacation at the time of the shooting and that the acting city police commander was on the scene.

This story was first published on June 7, 2022. It was updated on June 8, 2022, to remove reference in the 1st paragraph to the school district police chief ordering officers to confront and kill the gunman. It is not yet clear if he made that order.