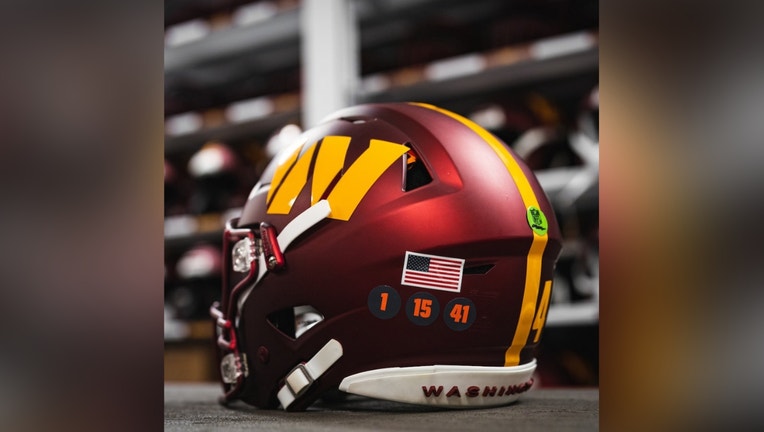 The Washington Commanders will honor three University of Virginia football players who were shot and killed on a bus as they returned from a field trip to D.C.

The team posted on Twitter that it will be wearing three helmet decals when the Commanders play the Houston Texans on Sunday.

The decals show the number 1, 15, and 41, representing the three numbers worn by Lavel Davis Jr., Devin Chandler and D'Sean Perry.

Davis, Perry and Chandler will also be honored on Saturday in a memorial service on UVA's campus. 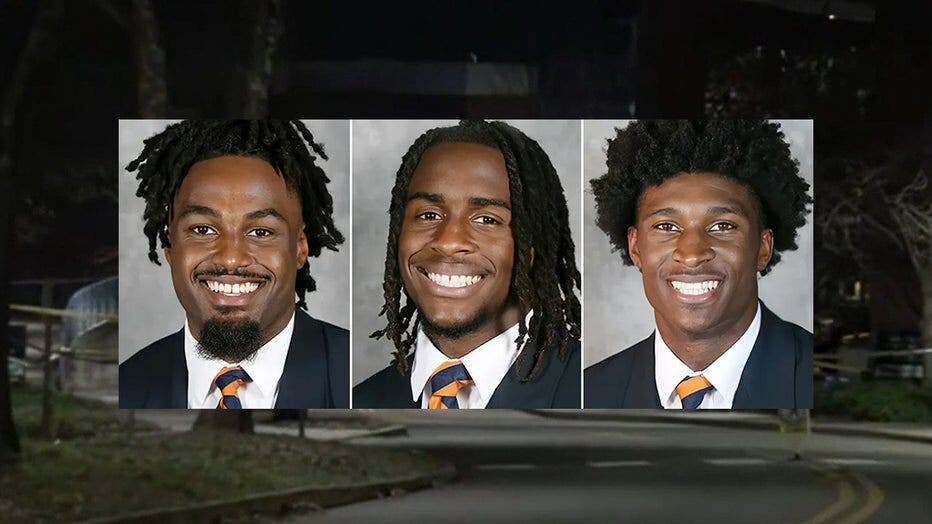 Authorities say the students were shot late Sunday night as they returned to campus after traveling to D.C. by chartered bus to watch a play at the Atlas Performing Arts Center.

According to investigators, once the chartered bus arrived at a parking lot on UVA's campus Sunday night, Christopher Darnell Jones Jr., a UVA student and former member of the football team who was on the trip, began shooting students on the bus.

Jones, 23, faces second-degree murder and other charges stemming from the shooting, which set off a manhunt and 12-hour campus lockdown before Jones was apprehended in suburban Richmond. Jones is being held without bond.

The University of Virginia community is still grieving the loss of three football players who were shot and killed by a former player Sunday night. We now know a fourth UVA football player was also shot in the mass shooting on the Charlottesville campus. FOX 5’s Stephanie Ramirez has all the updates from the UVA Arlington campus.

A witness told police the gunman targeted specific victims, shooting one as he slept, a prosecutor said Wednesday at Jones’ first court appearance. Two other students were wounded. Neither Jones nor his attorney addressed the charges in court.

Two other students were also injured in the shooting. One of those victims, a female student, was treated and released from a hospital. The other, football player Mike Hollins, underwent surgery and is recovering in the hospital. Hollins was "progressing positively" on Thursday and will hopefully begin to take some steps, according to Joe Gipson, a family spokesperson.

The Commanders will take on the Texans in Houston on Sunday at 1 p.m.