CHARLOTTESVILLE, Va. - Authorities say Christopher Darnell Jones Jr. has been taken into custody after he allegedly opened fire inside a bus on the University of Virginia campus late Sunday night killing three members of the football team and injuring two others.

The shooting triggered a massive manhunt and paralyzed the school community overnight as police conducted a building-by-building and grounds search of the campus and put a shelter in place order in effect,

The shooting was reported around 10:30 p.m. Sunday when officers responded to shots fired near the Culbreth parking garage on campus.

At a press conference Monday morning, University President Jim Ryan said Jones Jr. opened fire on his fellow students in a charter bus as they returned from seeing a play in Washington, D.C. for a class field trip. Ryan identified the three students shot and killed as Lavel Davis Jr., Devin Chandler, and D'Sean Perry. All three were members of the UVA football team. Two other students were wounded and were taken to the UVA Medical Center. One of the injured students is in good condition and the other is in critical condition.

Authorities say Christopher Darnell Jones Jr. - the gunman suspected of opening fire inside a bus full of University of Virginia students returning from a field trip Sunday night, killing three and leaving two others injured – is in police custody.

The announcement that Jones Jr. was taken into custody came in the middle of a scheduled press conference as University of Virginia Police Chief Tim Longo was updating the media. "We just received information the suspect is in custody," Longo said. "Just need a moment to thank God and breathe a sigh of relief," he continued after a long pause.

He was taken into custody by Henrico Police without incident in the 5700 block of Edgelawn Street in Richmond. Longo said Jones Jr. will face second degree murder and handgun charges.

Police say a manhunt in underway in Charlottesville for Christopher Darnell Jones Jr. - a student and former football player who they say is suspected of a shooting at the University of Virginia that left three dead and two others injured.

Longo said Jones Jr. first came to the attention of the department’s threat assessment team after he was reportedly involved in a hazing incident. That case was eventually closed after witnesses failed to cooperate with police. But Longo said that through the course of that investigation they learned of a prior criminal incident involving a concealed weapon violation that occurred outside the city of Charlottesville in February 2021.

Longo said that Jones Jr. was required by the University to report that incident but never did. That matter is still pending, he said.

Jones Jr. is a former UVA football player and a current student. Campus alerts were sent immediately after the shooting was reported and the shelter in place orders were put into effect for over twelve hours.

"I am holding the victims, their families, and all members of the University of Virginia community in my heart today, and we will make plans to come together as a community to grieve as soon as the suspect is apprehended," Ryan said in a statement released just after the shooting. 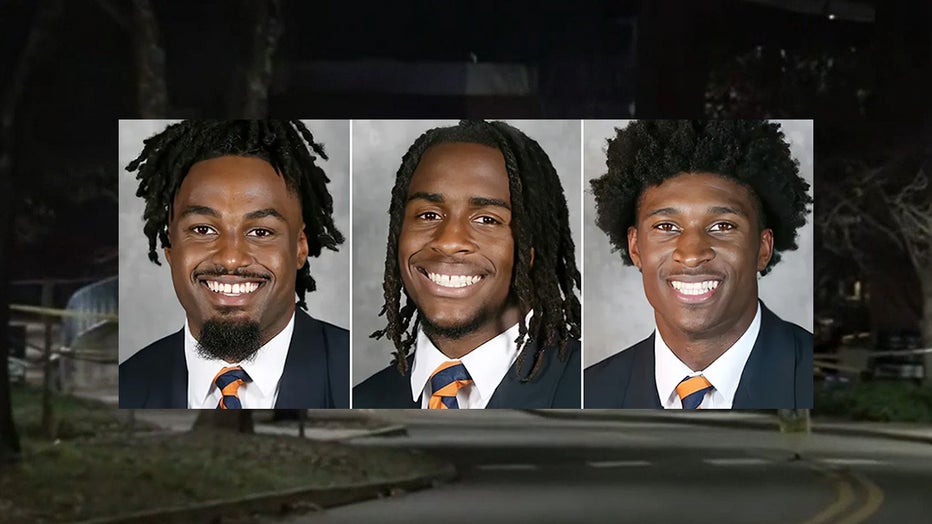 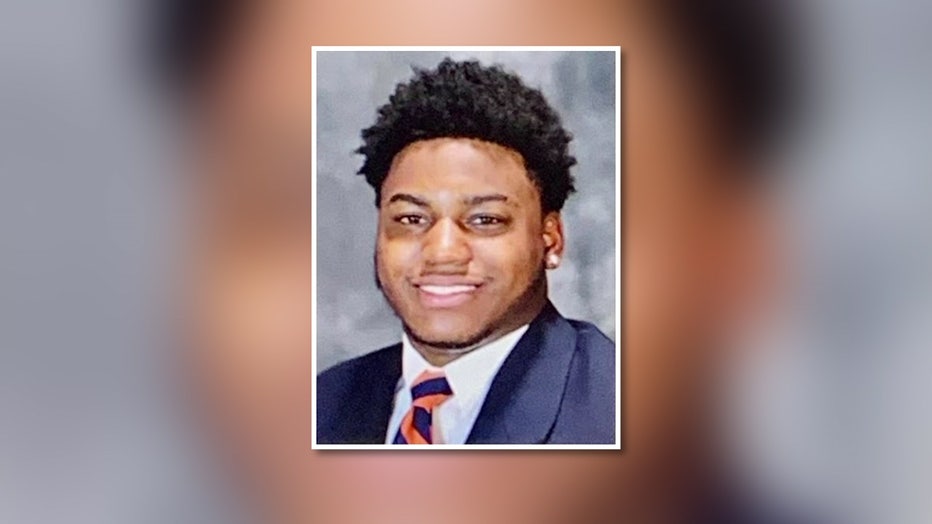 The UVA Emergency Hotline at 877-685-4836 remains in place for family to establish contact with students on campus.

"We had a horrific tragedy overnight at UVA, lives were lost and families changed forever. Due to the diligence and commitment of our law enforcement, the suspect is in custody. While there are still many details to uncover, let us lift up the entire community in prayer," tweeted Virginia Governor Glenn Youngkin after the announcement was made that Jones Jr. was taken into custody.

"Too many families across America are bearing the awful burden of gun violence," the statement said. "Earlier this year, President Biden signed the most significant gun safety law in nearly three decades, in addition to taking other historic actions. But we must do more. We need to enact an assault weapons ban to get weapons of war off America’s streets. House Democrats acted, and the Senate should follow."

A suspect is now in custody after a mass shooting took place on campus at the University of Virginia. Three students are dead. Two others are injured. FOX 5’s Stephanie Ramirez spoke to UVA students after tragedy struck the campus Sunday night.

Officials say family of all the victims have been notified.

"Everyone in our athletic department is devastated to hear that former Badger football student-athlete Devin Chandler has died as a result of the shooting that took place Sunday night at the University of Virginia," said Wisconsin Director of Athletics Chris McIntosh. "Devin spent to years as a member of our football program. It is heartbreaking and tragic that Devin's young life was cut short by violence."

"He had a lasting impact on his teammates, even after he left UW, which is a testament to the type of person he was," said Wisconsin Interim Head Coach Jim Leonhard. "Our team is hurting for him and his family. I want to personally extend my condolences to his family and the Virginia football family."

The motive behind the shooting is not yet known and the investigation is ongoing.