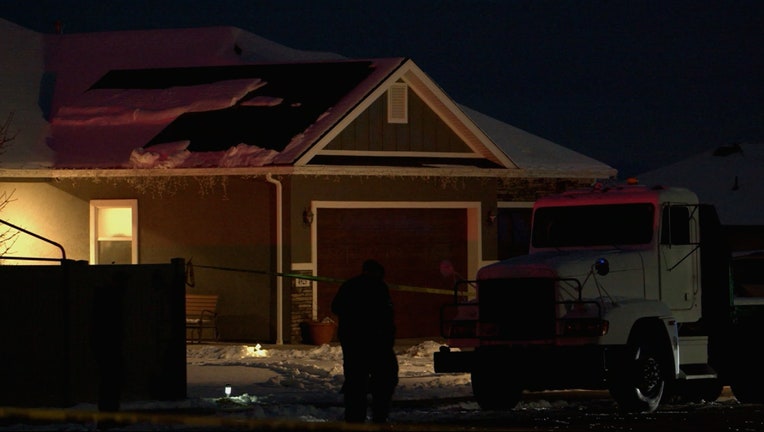 A view outside of the home in Enoch, Utah, where eight family members were found dead from gunshot wounds, on Jan. 4, 2023.

SALT LAKE CITY - A Utah man fatally shot his five children, his mother-in-law and his wife and then killed himself two weeks after the woman had filed for divorce, according to authorities and public records.

Police also revealed during a Thursday news conference that officers investigated the 42-year-old man and his family a "couple of years prior," suggesting possible earlier problems inside the household. Enoch Police Chief Jackson Ames did not elaborate.

Investigators know about the divorce petition but not if it was the motivation behind the killings, Mayor Geoffrey Chesnut said.

The killings rocked the small farming town of Enoch in southern Utah about halfway between Salt Lake City and Las Vegas. It's in one of the fastest-growing areas of the country, and communities of new homes are made up primarily of large families that belong, like most in Utah, to The Church of Jesus Christ of Latter-day Saints, known widely as the Mormon church.

The deceased were members of the faith and well known in town. Many residents served in church alongside members of the slain family or went to school with the children, city officials said.

"This is a tremendous blow to many families who have spent many nights with these individuals who are now gone," Chesnut said.

City Manager Rob Dotson said the community was "feeling loss, they’re feeling pain and they have a lot of questions." 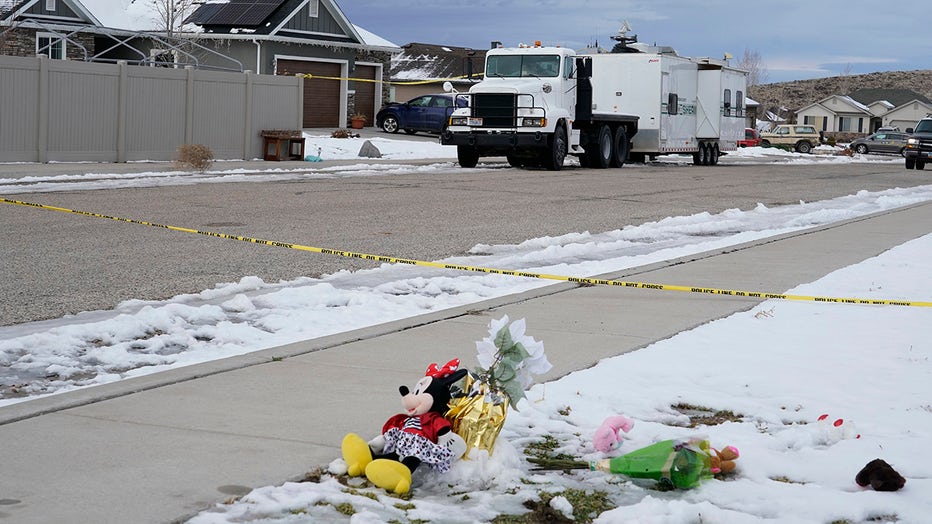 The wind blows flowers, part of a makeshift memorial as a police crime scene trailer sits outside the home of Michael Haight on January 5, 2023 in Enoch, Utah. (Photo by George Frey/Getty Images)

Officials said that they believe Michael Haight killed his wife, his mother-in-law and the couple’s five children. Each appeared to have gunshot wounds.

Court records show that Tausha Haight, 40, filed for divorce Dec. 21. Her lawyer said Thursday that Haight had been served with the papers Dec. 27. The reasons for the divorce were unknown, in part because Utah law keeps details of divorce proceedings sealed from the public.

Tausha Haight and other members of the family were seen the night before the killings at a church group for young women, Chesnut said. Police were dispatched to the family's home Wednesday afternoon for a welfare check after someone reported that she had missed an appointment earlier in the week, city officials said.

The victims were found inside the house. The children, three girls and two boys, ranged in age from 4 to 17, authorities said. The other victim was Tausha Haight's 78-year-old mother, Gail Earl.

Family mass killings have become a disturbingly common tragedy across the country. In 2022 there were 17 of them, according to a database compiled by USA Today, The Associated Press and Northeastern University. Ten were murder-suicides, and 14 were shootings. The database defines a mass killing as four or more people slain, not including the assailant.

James Park, who represented Tausha Haight in the divorce case, said she had not expressed any fear that her husband would physically hurt her. Park declined to elaborate, citing the investigation into the killings. He said he met with Tausha Haight only twice, mostly recently on Tuesday, and she "was an incredibly nice lady."

The home where the victims were found was decorated with Christmas lights and located in a neighborhood of newly built single-family houses on a ridge overlooking Enoch. It has a view of houses with snow-covered roofs and mountains in the distance. Half the surrounding block was cordoned off by police tape.

The town is on the outskirts of Cedar City, a historically agricultural area being transformed by new subdivisions. Cattle and sheep line the highway at the edge of town, along with signs that advertise "Custom New Homes" and recreation in southern Utah’s famous national parks.

Sharon Huntsman of Cedar City came to the neighborhood with a bouquet of white flowers Thursday morning. She said the deaths had deeply rattled Iron County and cried as she propped up the bouquet in the snow.

"It’s just one big community," she said. "We all have one heavenly father."

Archives from the local newspaper capture moments in Michael Haight's life beginning with a picture of him laughing as a baby in an announcement marking his first birthday. He was in the Boy Scouts and went on a church mission in Brazil.

In 2003, Haight married Tausha Earl at a church temple. She was from Overton, Nevada, about two hours south of Cedar City, where he grew up. As an adult, Haight worked as an insurance agent.

Tausha Haight's Facebook page showed pictures of the family looking happy in picturesque settings of Utah, and in front of a large statue of Jesus.

Jennie Earl, who is Tausha’s sister-in-law and a member of the Utah State Board of Education, posted a photo on Facebook of Tausha and her children and wrote about the "stiff competition" to be their favorite aunt.

"I pray that Christ’s love will mend our broken hearts and fill us with forgiveness and peace," Earl wrote. She declined to comment when reached by The Associated Press.

Community members who gathered at Enoch City Hall to listen to Thursday's news conference said it was wrenching to have to tell their own children that their peers may not be at school the next day.

"We told them last night," said city councilman Richard Jensen, a father of eight. "We gathered them around for a family prayer type of thing. We told them a family in town, everyone had been killed and when they show up to school tomorrow it’s possible kids will be missing."