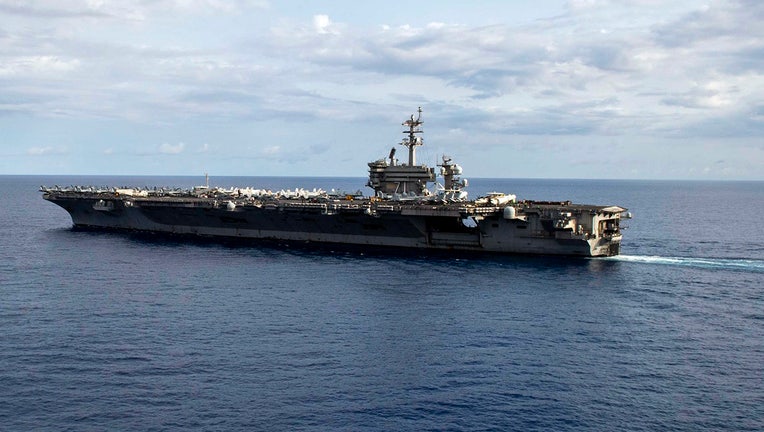 In a desperate plea for help, the commanding officer of the deployed aircraft carrier USS Theodore Roosevelt says his entire crew of roughly 5,000 sailors needs to be isolated after up to 200 onboard have tested positive for coronavirus.

Three sailors on board the aircraft carrier tested positive last week, the first time the outbreak infected a deployed U.S. warship at sea.

The letter from Captain Brett Crozier to top Navy brass was first obtained by the San Francisco Chronicle.

Fox News exclusively reported Sunday there were 38 positive cases aboard the massive warship.

The spike in cases on board the aircraft carrier represents up to 30 percent of the U.S. military’s total number of cases worldwide.

A senior U.S. Navy official confirms the letter contained in the exclusive report by the S.F. Chronicle, the hometown newspaper of the ship’s commanding officer, the paper says.

Last Friday, the "Big Stick" -- as the carrier is called -- pulled into port in Guam days ahead of schedule in order to disinfect the ship, transport infected sailors to a local hospital and order more bulk testing of the crew.

Like cruise ships, it's nearly impossible to isolate sailors at sea or practice social distancing while launching F/A-18 Super Hornets from the flight deck or standing watch on the Nimitz-class carrier's two nuclear reactors.

"There aren't staterooms for all 5,000 sailors," one Navy official quipped.

LINK: Get updates on this story from FOX News