WASHINGTON - In an interview with FOX 5, U.S. Surgeon General Jerome Adams said concerns about over-policing is one of the reasons he doesn't support a nationwide mandate requiring the use of face coverings.

"We aren't going to send in the National Guard or the Army to enforce a national mandate. We don't have an enforcement mechanism to do that, number one," he said. "Number two, in the context of the Black Lives Matter movement, when we have people being killed for handing out single cigarettes or for falling asleep in a fast food line, I really worry about over-policing and having a situation where you're giving people one more reason to arrest a black man."

In an interview with FOX 5, U.S. Surgeon General Jerome Adams said concerns about over-policing is one of the reasons he doesn't support a nationwide mandate requiring the use of face coverings.

Adams referenced the 2014 chokehold death of Eric Garner who was accused by police of selling loose cigarettes on the street on New York City's Staten Island. He also made reference to the June 2020 death of Rayshard Brooks who was killed by Atlanta police in a Wendy's parking lot.

Adams said the authority to enforce the wearing of face coverings comes from the state and local level. He said he supports local and state mask mandates if they are put in place by the governors. "I think we have to help educate people. We've got to make sure that the enforcement mechanism is something that's not going to be overly onerous." 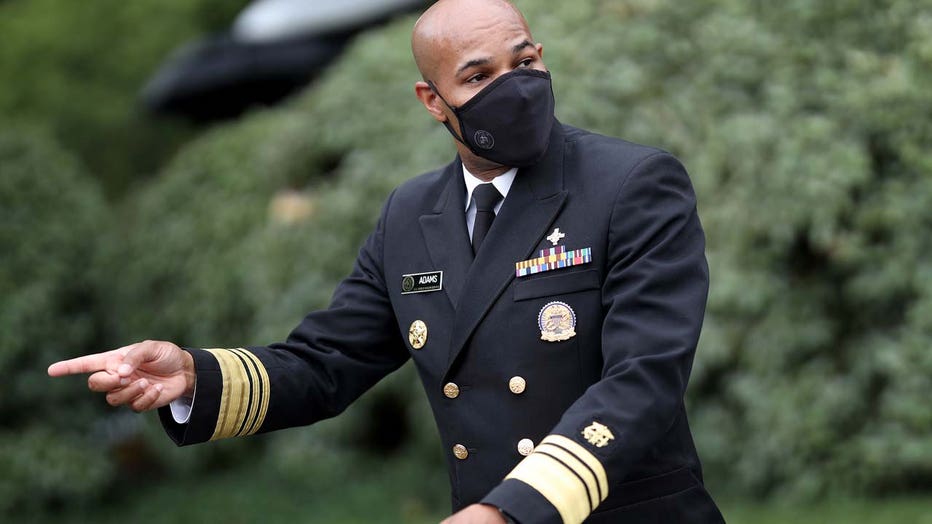 U.S. Surgeon General Jerome Adams walks to the West Wing of the White House after a television interview July 7, 2020 in Washington, DC. Adams recently argued against a nationwide mask mandate to battle coronavirus indicating such a mandate would lea

"People are more likely to cooperate if they know why they're doing it and if they actually know how they're going to benefit," Adams said.

How to help during the coronavirus pandemic