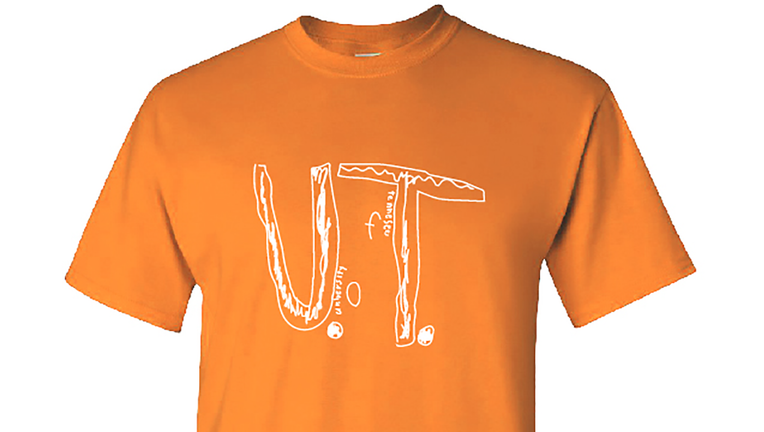 ALTAMONTE SPRINGS, Fla. - A young University of Tennessee fan who was bullied at his elementary school for making his own UT shirt will now get to attend college there -- for free.

The Florida boy's story made headlines last week after his teacher shared a post on social media, saying her student was bullied by classmates for making his own UT label pinned on a shirt so he could represent his favorite team for his school's college colors day.

"He told me every day leading up to it that he had an orange shirt that he was going to wear. So when the day finally arrived, he was SO EXCITED to show me his shirt. I was impressed that he took it one step further to make his own label," teacher Laura Snyder's post read.

When the university heard how he had been picked on for showing school pride, they sent him a box full of UT gear, and turned his design into official apparel. All proceeds from the sale of the shirt will go directly to Stomp Out Bullying, a nonprofit dedicated to ending bullying in schools.

But the university didn't stop there. They've now taken their generosity one step further, by offering the boy a four-year scholarship to attend the school once he is old enough.

"In recognition of the fourth-grader's Volunteer spirit, the university has extended an offer of admission for him to join the Class of 2032. In addition, he has been awarded a four-year scholarship covering his tuition and fees beginning fall 2028 should he decide to attend UT and meet admission requirements," the university announced Thursday.

So far, UT said more than 50,000 shirts featuring the young fan's design have been pre-sold by the school.