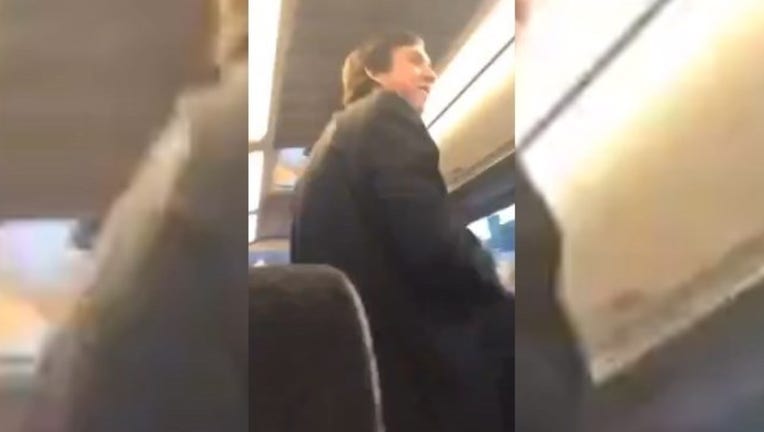 NORMAN, Okla. (AP) -- The president of the University of Oklahoma lambasted members of a fraternity on Monday who participated in a racist chant caught on video, calling them disgraceful and their behavior reprehensible, and ordered that their house be vacated by midnight.

President David Boren joined students at a pre-dawn rally on the Norman campus, just hours after the Sigma Alpha Epsilon said an investigation confirmed the contents of the online video. The video shows several people chanting a racial slur and indicating blacks would never be admitted to the fraternity. The chant also references lynching.

"These people have acted in a way that's absolutely reprehensible and disgraceful," Boren said. "Real Sooners are not bigots, racists."

The video was first posted online by a black student group at the university. It wasn't immediately clear how it was obtained.

"This has broken my heart that this could happen on our campus. We have such a strong community. People respect each other. This is not representative of our students," Boren said Monday morning.

"This is a message we need to send out all across the country. Too often, how many times do we in casual conversations allow other people to make racist remarks? There should be zero tolerance for that anywhere in our country. We should not allow this kind of pain to be inflicted on other people."