The novel coronavirus has created massive job losses throughout the country and many DMV residents say they're finding hurdles when they apply for unemployment.

A spokesman for Governor Larry Hogan's office says calls are being answered from seven in the morning until six at night.

Then, others are working around the clock to process the claims.

It's a frustrating experience for anyone trying to get through.

For example, Marco Boxley, who was laid off from his job as a building engineer, started calling the Maryland unemployment office line at 7 a.m. and was still on hold when he met with FOX 5's Paul Wagner on Wednesday at 1:30 p.m

Boxley lost his job in late March and would just like to know when he might see a check. He's frustrated.

"I can't find the words in the English dictionary that would be allowed on camera, like I say, like most Americans, like people with families, frustration is climbing as well as bills."

Boxley is married with five children. His wife has been laid off as well. 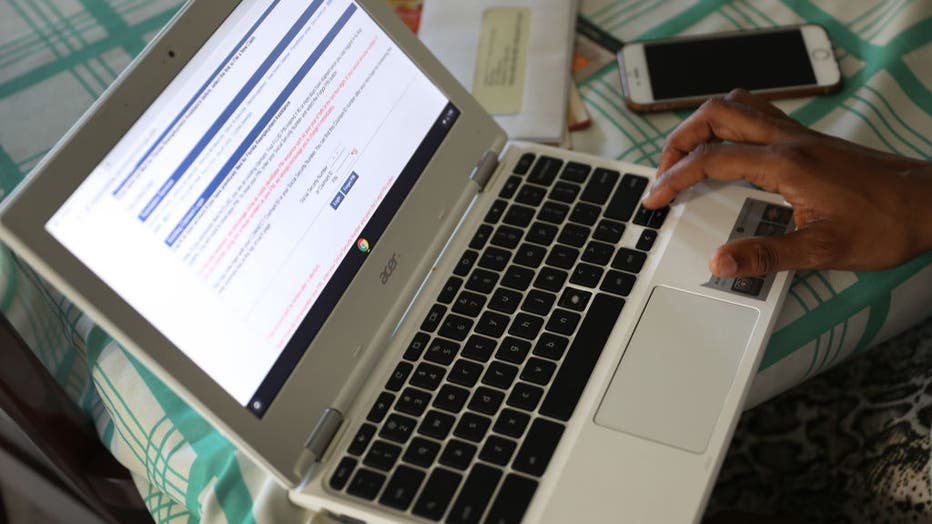 Millions of people in the United States all lost their jobs virtually at the same time and those millions then either went online or picked up the phone to file a claim for unemployment benefits. Virtually every state has been hit hard.

A spokesman for the governor's office said Wednesday it typically takes 21 days to process a claim when there isn't a pandemic. That's from the time you first apply to when you see your first payment.

"When you take away a person's way to live, survive, thrive, provide for their families," said Boxley. "It breaks them down to the lowest common denominator."

In addition, the state agency is working to implement the CARES ACT which allows independent contractors and the self-employed to file claims.

It also takes 21 days to process a claim even when a virus isn't ravaging the community.

The head of the DC Office of Employment Services says some claims are being processed in 14 days.

The city is also working with an antiquated website that will not work with mobile phones and wait times on the phone are very, very long.

In Virginia, in addition to the long wait times we know that the online claim filing system is not issuing confirmation numbers. The state says it is scrambling to make a fix.

The District and Maryland have established email addresses to make inquiries.

In Maryland, the address is UI.INQUIRY@MARYLAND.GOV and in the District, it's COVID19.UI@DC.GOV