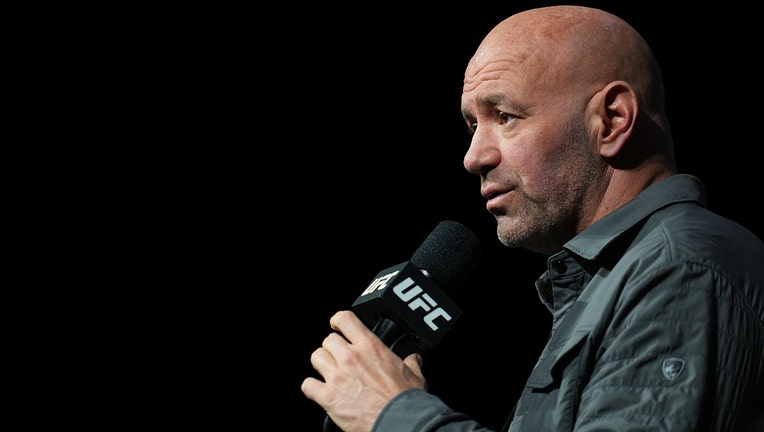 LAS VEGAS - UFC President Dana White was seen on video released by TMZ slapping his wife, Anne, while the two were on vacation in Cabo San Lucas, Mexico, last month.

White told TMZ in an interview Tuesday he was "embarrassed" and concerned for how his three children were affected.

"You’ve heard me say for years, ‘There’s never ever an excuse for a guy to put his hands on a woman,’ and now here I am on TMZ talking about it," White told the website.

UFC spokesman Chris Costello said neither the organization nor White would issue a statement to The Associated Press. Costello referred to White’s comments to TMZ.

The video shows the couple arguing before Anne White slaps her husband, who slaps back before others intervene.

"Dana and I have been married for almost 30 years," Anne White said in a statement to TMZ. "To say this is out of character for him is an understatement -- nothing like this has ever happened before. Unfortunately, we were both drinking too much on New Year’s Eve and things got out of control on both sides. We’ve talked this through as a family and apologized to each other. I just hope people will respect our privacy for the sake of our kids."