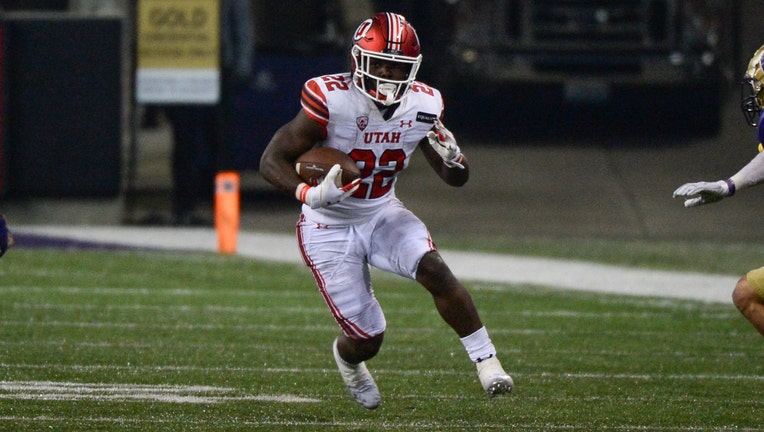 SEATTLE, WA - NOVEMBER 28: Utah Utes running back Ty Jordan (22) runs the ball during a PAC12 football game between the Utah Utes and the Washington Huskies on November 28, 2020, at Husky Stadium in Seattle, WA. (Photo by Jeff Halstead/Icon Sportswir

The University of Utah is mourning the loss of one of its star student-athletes this weekend.

Utah Utes star running back Ty Jordan has died on Christmas Day, the school announced. He was 19.

Police in Denton said they were investigating a shooting but did not release the victim's identity.

Jordan was recently named the Pac-12 Offensive Freshman of the Year and had a promising athletic career ahead of him. The Texas native ran for 597 yards and scored six touchdowns in five games during the pandemic-shortened 2020 college football season.

Jordan made his freshman season debut against USC on November 21, as the Trojans beat the Utes 33-17.

"Words cannot express the devastation and heartache that our team is feeling right now upon learning of the tragic death of our teammate and brother, Ty Jordan. Ty's personality and smile were infectious and he made a huge impact on our program in the short time he was with us. He leaves an indelible mark on each of us and our thoughts and prayers go out to his family and friends.  From the bottom of our hearts, all of us in the Utah Football Family want to say we love you Ty and may you rest in peace."