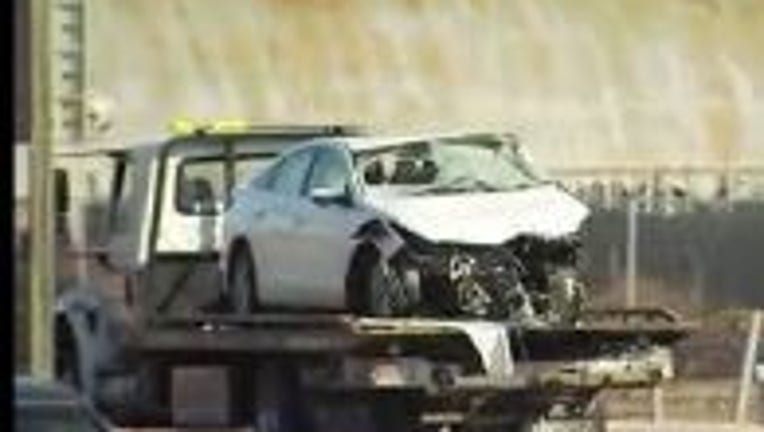 Two women are dead after a crash Sunday morning on US-50 in Prince George's County (FOX 5 DC / Joe Wagener).

LANDOVER, Md. - Two women are dead after a head-on crash that shut down traffic for hours Sunday morning in Prince George's County.

Officials believe the driver of a white Honda Civic was going west in the eastbound lanes of Route 50 when it collided head-on with a white Hyundai Sonata.

All lanes of eastbound Route 50 were closed for about four hours.