WASHINGTON - Time flies when you're covered in sea foam!

It's hard to believe – but it's been ten years since FOX 5's Tucker Barnes was wrapped from head to toe in the greenish-brown froth while reporting on Hurricane Irene from the Boardwalk in Ocean City, Maryland.

We’re celebrating 10 years since one of the MOST EPIC LIVE SHOTS EVER! Tucker Barnes revisits his viral sea foam moment on the GoodDayDC AfterShow!

It's sounds crazy – but it's been ten years since FOX 5's Tucker Barnes was wrapped from head to toe in the greenish-brown froth while reporting on Hurricane Irene from the Boardwalk in Ocean City, Maryland.

Irene roared ashore on August 29, 2011 and Tucker was one of the first on the scene to cover it. It wasn't long before he was in the thick of it – covered in foam from top to bottom! The phenomenon occurred naturally when the strong winds met the sea water at the shore. Tucker told us there was no sewage in that water like some initially reported – but the smell was anything but pleasant!

Five years ago, FOX 5 meteorologist Tucker Barnes went viral in a way that will forever live on in YouTube history: covered from head to toe in a greenish-brown foamy froth. Foam which smelled awful, to put it lightly.

Lucky for us – and for him -- he made it through unscathed! His epic live shots turned him into a weather celebrity – even landing him his own Top 10 list on The Late Show with David Letterman!

To celebrate the fifth anniversary of his sea foam adventure – Tucker recreated the scene outside of our old studios. 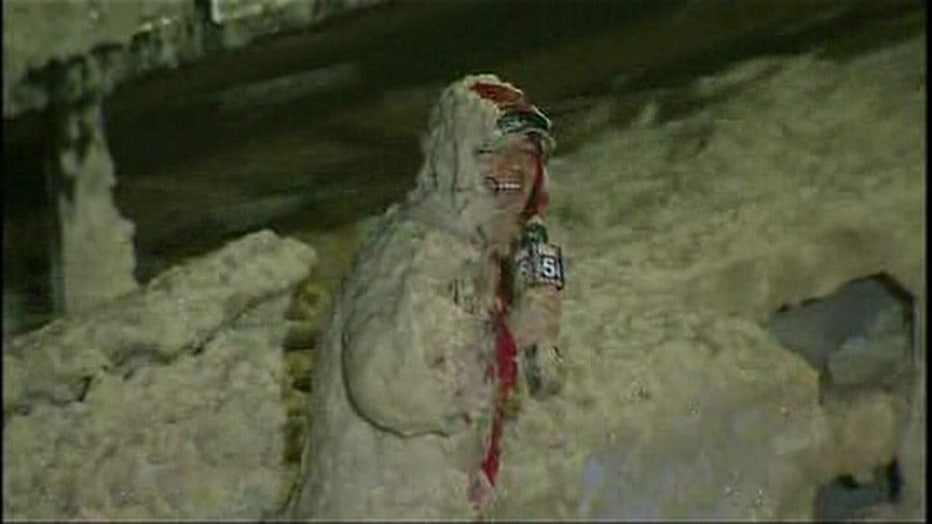 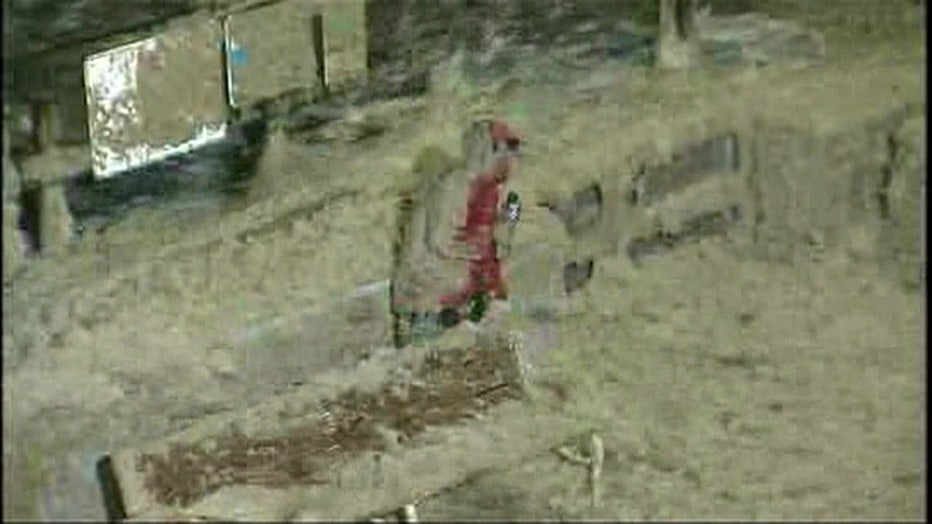 What will he do to celebrate the tenth anniversary? Cover another hurricane of course! Our eyes are glued on the radar as the remnants of Hurricane Ida close in on the D.C. region this week.

Not sure if we'll get any sea foam out of this one – but if we do – you know Tucker Barnes will be there! 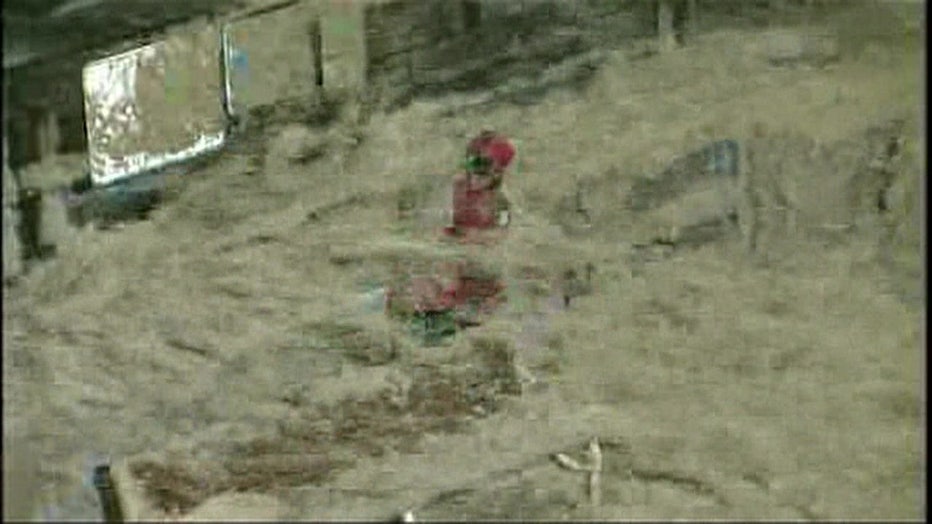