STERLING, Va. - A supporter of former President Trump who was charged with assault after intentionally exhaling on two women at a protest last year in Virginia has had his case dismissed after agreeing to donate $3,000 to the Loudoun Chapter of the NAACP. 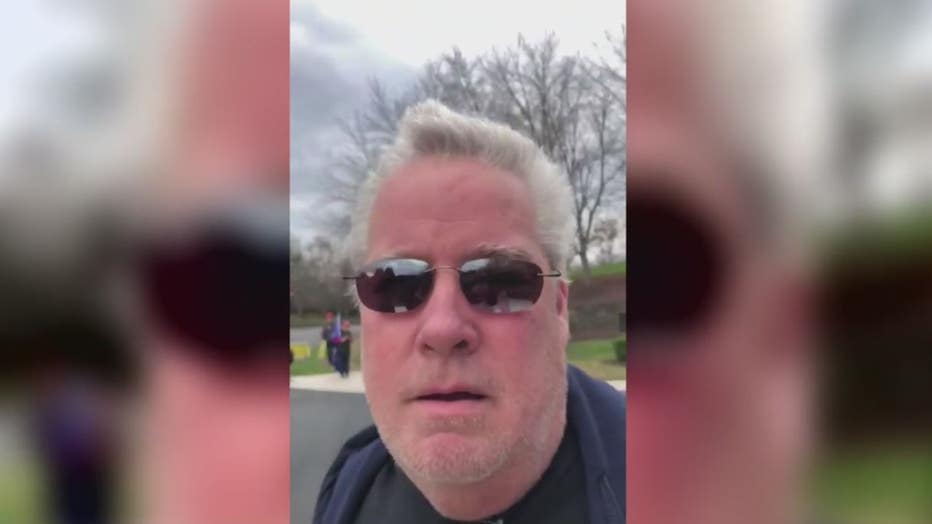 The incident, some of which was caught on video, shows a maskless Deskins wearing a Trump inflatable outside of the golf course. Deskins can be seen blowing in the direction of anti-Trump protestors who were later identified as Razeghi and Beynette.

Officials say the two women and their legal representative agreed to the dismissal of the criminal case provided a two-year protective order against Deskins be put into place and that Deskins donate $3,000 to the scholarship fund of the Loudoun Chapter of the NAACP.

"In this case, Ms. Razeghi and Ms. Beynette were in control of the outcome and it was cathartic for them to see Mr. Deskins held accountable, to feel safe once the protective orders were entered, and for scholarships to be supported by funds from Mr. Deskins," said the Commonwealth's Attorney for Loudoun County, Buta Biberaj. "Today was a successful day for Loudoun County. I am very proud of our heroes – Ms. Razeghi and Ms. Beynette for creating an excellent solution."