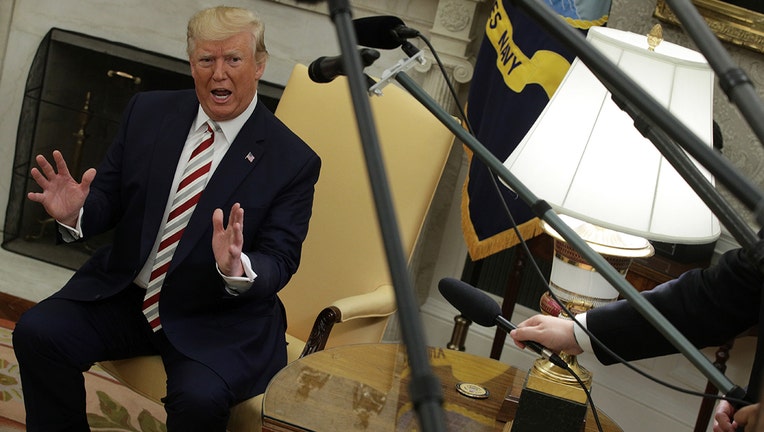 WASHINGTON, DC - AUGUST 20: U.S. President Donald Trump speaks to members of the media as he meets with President of Romania Klaus Iohannis in the Oval Office of the White House August 20, 2019 in Washington, DC. This is Iohannis’ second visit to the

WASHINGTON (AP) - President Donald Trump says he's postponing an upcoming meeting with Denmark's prime minister because she isn't interested in discussing a proposed sale of Greenland to the U.S.

Denmark owns Greenland. Trump recently floated the idea of purchasing the island but said as recently as Sunday that such a transaction was not a top priority.

Denmark had scoffed at the idea, saying Greenland isn't for sale.

Trump tweeted Tuesday that "based on Prime Minister Mette Frederiksen's comments, that she would have no interest in discussing the purchase of Greenland, I will be postponing our meeting scheduled in two weeks for another time."

Trump is scheduled to depart at the end of August on a trip that included stops in Denmark and Poland.