WASHINGTON - Corey Lewandowski, an adviser to President Donald Trump, has tested positive for the novel coronavirus.

Lewandowski recently traveled to Pennsylvania to assist Trump’s efforts to contest the state’s election results. He said Thursday he believes he was infected in Philadelphia and he's not experiencing any symptoms.

Lewandowski appeared with Trump lawyer Rudy Giuliani at an event last Saturday outside a landscaping company and lobbed unfounded accusations of voter fraud as the race was called for Trump’s challenger, now-President-elect Joe Biden.
Lewandowski was also at the election night party at the White House last week linked to several virus cases. Walters was not, according to The Hill and The New York Times. 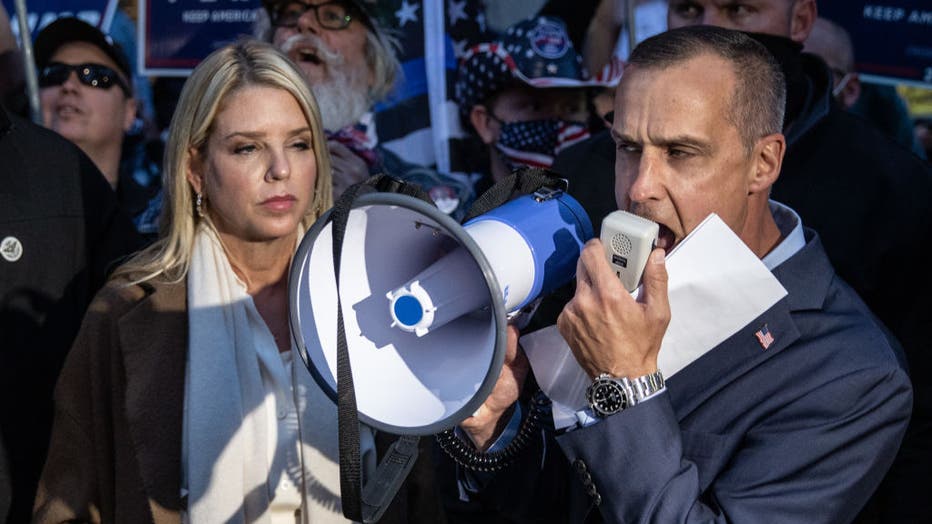 Meadows traveled with Trump in the run-up to Election Day and last appeared in public the day after Election Day without a mask. He had been one of the close aides around Trump when the president came down with the virus more than a month ago.

It marked the latest case of the virus in the West Wing, coming not even two weeks after Marc Short, Vice President Mike Pence's chief of staff, and other aides tests positive for the virus.

Trump, first lady Melania Trump, and at least two dozen others tested positive for the virus in early October, after Trump held large gatherings of people not wearing face-masks, including the ceremony announcing the nomination of now-Justice Amy Coney Barrett to the Supreme Court.

The first lady also announced last month that her son, Barron, had tested positive in the wake of the initial White House outbreak.

The recent coronavirus cases tied to the Trump administration come amid a record-breaking virus surge across the U.S. Over 240,000 deaths and more than 10.3 million confirmed infections have been reported in the country, according to data from Johns Hopkins University.