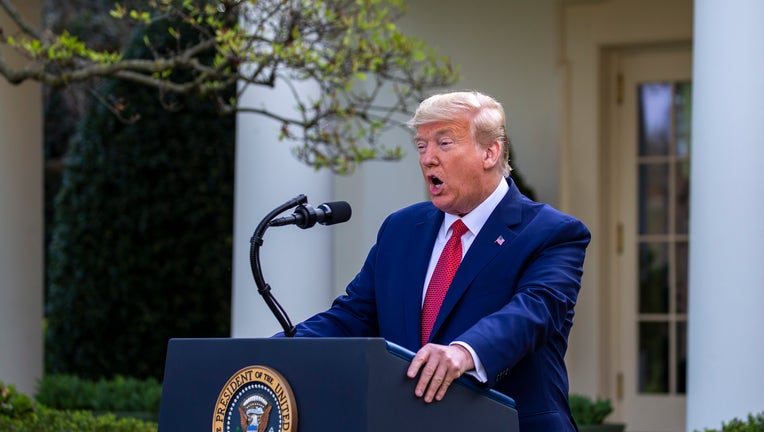 WASHINGTON, DC - MARCH 29: U.S. President Donald Trump speaks in the Rose Garden for the daily coronavirus briefing at the White House on March 29, 2020 in Washington, DC. The United States is advising residents of New York, New Jersey and Connecticu

On Sunday, President Donald Trump announced that he was extending social distancing guidelines for 30 days as scientists warn the coronavirus continues to spread.

That would extend the guidance to April 30.

Trump: ‘We will be extending our guidelines to April 30th to slow the spread’

That is quite a change from Trump's pronouncement last week that people will probably be able to pack churches on Easter Sunday, April 12.

"For me, for a lot of our friends, that's a very special day," Trump said on March 24. "What a great timeline this would be."

But he said that wasn't going to happen on Sunday.

"It was just an aspiration," Trump said Sunday of his Easter pronouncement.

"But probably on Easter, that could be the peak period, the peak number of deaths before it starts coming down, we had an aspiration of Easter, but when you hear this kind of numbers, we don't want a spike up, you're coming down and there's a spike up and we don't want that," Trump said Sunday.

There were more than 137,000 Americans diagnosed with coronavirus as of Sunday afternoon.