A storm forming in the Gulf of Mexico has prompted tropical storm warnings for coastal Texas and the northeast coast of Mexico, the National Hurricane Center said Sunday.

Tropical Storm Nicholas is expected to approach the middle Texas coast as a strong tropical storm on Tuesday, and tropical storm conditions are possible along the coast late Monday night and Tuesday.

As a precaution, Texas Gov. Greg Abbott ordered state resources to be placed on standby along the length of the Texas Gulf Coast.

"We will continue to closely monitor this storm and take all necessary precautions to keep Texans safe," Abbott said in a statement. "I encourage Texans to follow the guidance and warnings of their local officials and be mindful of potential heavy rain and flooding."

Among the state resources placed on standby were air and boat rescue teams and emergency medical groups. 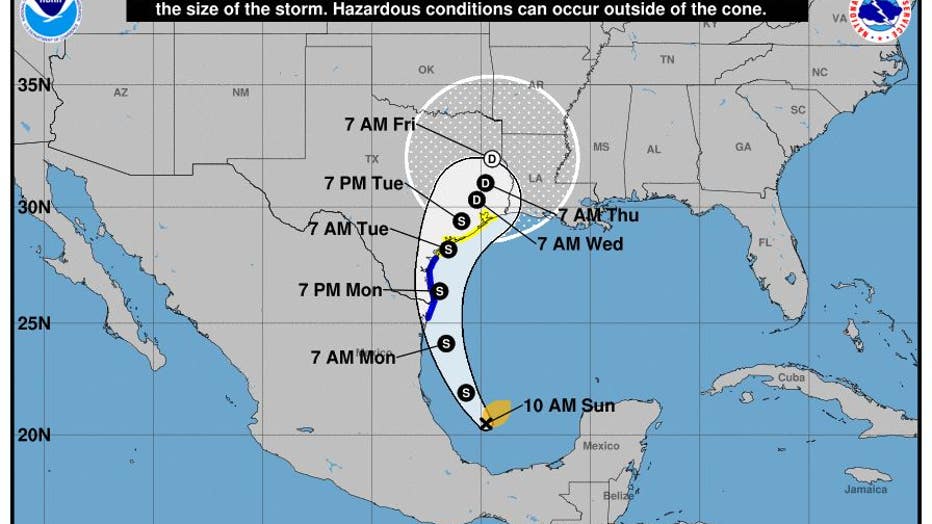 Nicholas was expected to produce rainfall of 5 to 10 inches, with isolated maximum amounts of 15 inches, across portions of Texas into southwest Louisiana through midweek. The National Hurricane Center warned flash, urban and isolated river flooding was possible.

Over the eastern portions of the Mexican state of Tamaulipas, rainfall amounts of 2 to 5 inches can be expected Sunday into Monday.