GAITHERSBURG, Md. - An Amtrak train collided into a tractor-trailer that was stuck on the tracks in Montgomery County, officials say.

The crash happened at East Diamond Avenue and Chestnut Street in Gaithersburg at around 4:45 p.m. on Monday, police say.

All 157 passengers and eight crew members were removed from the train. They were not injured, according to fire officials.

"It felt honestly pretty scary," said Andrew Shaw. "It was just really loud and it jolted the whole car."

Shaw was heading to Cumberland, Maryland on the train that was heading from D.C. to Chicago. The force of the collision was so strong that the tractor-trailer's cab and hitch were pushed to each side of the train tracks.

"When we stopped, the truck was right beside us, like on both sides, split right down where the hitch and the front of it connected," said Shaw.

"The trailer had gotten stuck because it's a low-clearance trailer," said witness Rick Harbaugh. "It got struck on the hump on the tracks and he was trying to go back and forth. He couldn't move."

Montgomery County Fire and Rescue says a husband and wife were in the cab of the tractor-trailer.

Fire officials say the truck appeared to obey all the signs and signals. It was hauling equipment for a show at the Montgomery County Fairgrounds before getting stuck on the tracks.

Hazmat crews responded to the scene due to several fuel spills from the tractor-trailer.

Train service on the MARC Brunswick Line was suspended for several hours, but resumed Monday night.

"Permission to operate trains thru the Gaithersburg area has been received," the Maryland Transit Administration posted on its website. "Trains will depart Union Station in their normal departure order." 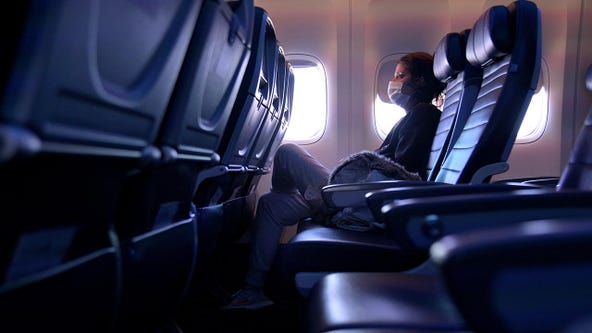