Front Royal, Va. - Authorities say there is no threat to public safety after a train hauling hazardous materials derailed in Virginia. 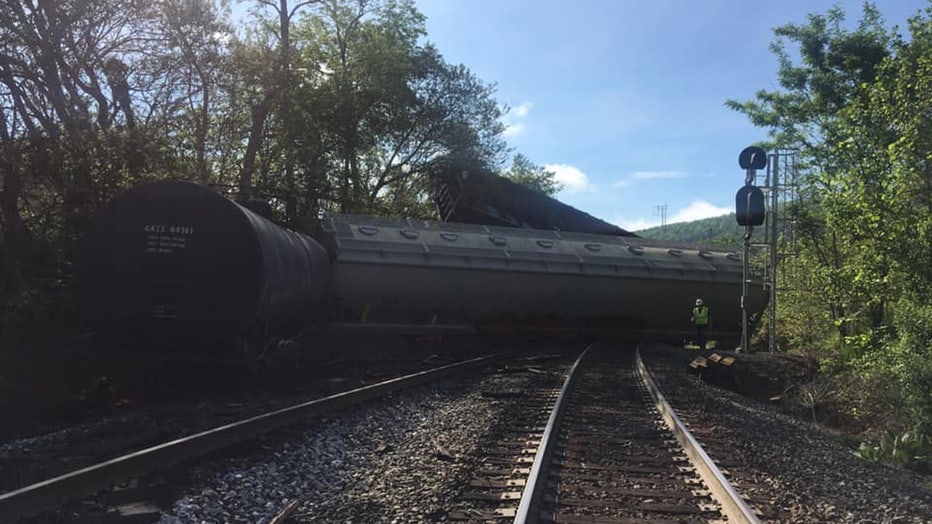 Emergency crews in Warren County say the derailment was reported just before 9 a.m. near the 4000 block of John Marshall Highway. Officials say five locomotives and 14 cars left the tracks.

The public is asked to avoid the area at this time.