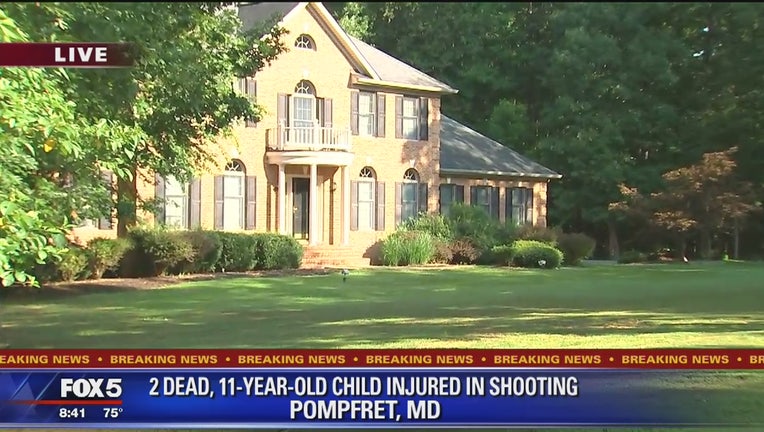 Three are dead and a child is hurt after a murder-suicide Friday night in Pomfret, MD.

POMFRET, Md. - Charles County police say two men and a woman are dead, and a child is also hurt, after a double murder-suicide Friday night in Pomfret.

Police say the shooter drove to a house on Bensville Road, where he shot and killed a man and woman around 11 p.m.

The shooter also shot an 11-year-old boy at the scene. The boy is expected to survive.

Police say they later found the shooter dead in a car several miles away from the house. He died of a self-inflicted gunshot wound.

Fox 5 spoke exclusively with the shooter's sister-in-law Saturday morning at the home. She says the shootings stemmed from a dissolving abusive marriage: