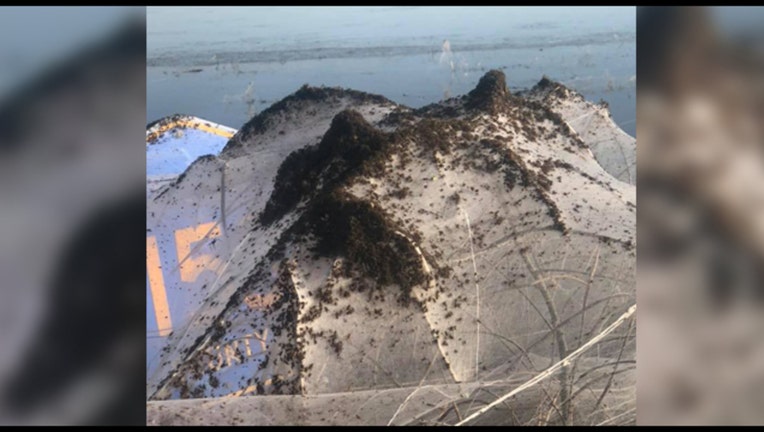 BONO, Ark. - Sheets of sticky spider webs at the side of an Arkansas highway are creating a stir among passerby and social media users.

Arkansas native Zach Riggs was traveling along Highway 230 outside of Bono city in Craighead County when he stopped to take pictures and videos of the shocking scene, Fox News reports.

Nearly 10,000 people have watched Riggs' 40-second footage, which shows what is believed to be Tetragnatha spiders -- known as "stretch spiders" for their long bodies -- covering road signs, construction equipment and traveling across giant webs almost completely covering a portion of the road like a "thick carpet."

Tetragnatha spiders aren't uncommon. There are hundreds of species of these spiders that live in various parts of the world. Wildlife experts say it's typical for spiders to build massive nests for mating, especially if it's hot or humid.

More details are available at FoxNews.com.