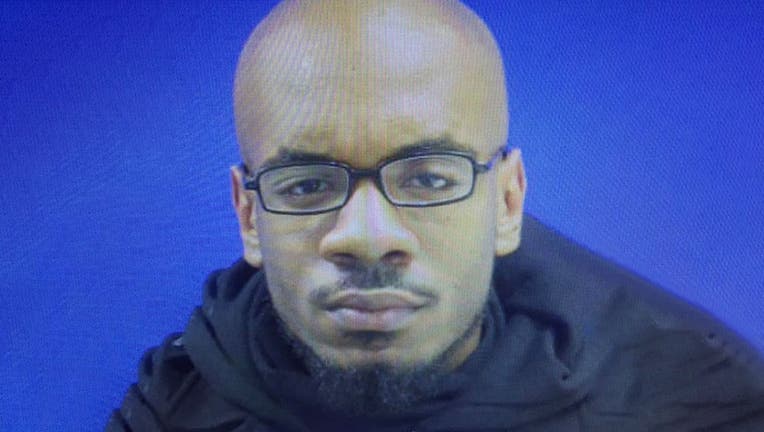 BALTIMORE - Baltimore police are searching for a former actor from "The Wire" who they say escaped police custody after being taken to a local area hospital for a check-up.

Christopher Clanton Sr., 33, was arrested on Sept. 12 for violating a protective order and was taken to Good Samaritan Hospital for a pre-existing check-up, before he was scheduled to be transferred to Central Booking in Baltimore, Maryland, police say.

The 6'0", 165 lb actor escaped from the hospital on Friday and he's known for frequenting in the Harford Road corridor, police say.

A judge issued a final order for Clanton this month and the former actor also has three other pending criminal cases, according to the Baltimore Sun. A protective order was first sought against Clanton back in July, the outlet reported.

"Baltimore Police needs your help at locating an escaped prisoner," they said in a Facebook post. "Anyone who has seen or knows of Clanton’s whereabouts is asked to call [the] police."

On Saturday morning, a post from a Facebook Page with Clanton's name allegedly detailed reasoning for his alleged escape, which he says involved him witnessing an officer sniffing cocaine, who in turn pointed a gun at Clanton when he asked the officer about it. Clanton says he walked out of the hospital after he was threatened.

"Hilarious how EVERYBODY got something to say AND NOBODY is asking about my safety... Well this is what happened... I caught the officer sniffng a line cocaine from his backhand," Clanton said in the Facebook post. "When I said something about it he pulled a small handgun from his bag and sad 'I would hate to say you had this and fill you with my Mag.' I walked to the door looking for another officer. He was the only one. During one of his episodes. I was alone and basically walked out of the front door.. I WILL NOT BECOME JUST ANOTHER NUMBER ON POLICE DART BOARDS..."

"DO YOU REALLY THINK I WILL RUN BECAUSE OF A VIOLATION TO A PROTECTIVE ORDER??????BALTIMORE CITY REFUSES TO GIVE A STABLE MAN HIS SON AND WOULD RATHER HIM LOOK UP THE STATE!!!!!, he added."

A police spokesman told the Baltimore Sun they weren't familiar with the Facebook post or the allegations about the officer.

Clanton played Savino Bratton in the first and fifth seasons of "The Wire," appearing in 9 episodes throughout the series run.