The Chairman of the Federal Reserve remarked on the negative economic impacts of bankruptcies and continued unemployment.

House Speaker Nancy Pelosi on Wednesday defended the stunning $3 trillion price tag on Democrats' pandemic relief package as what is needed to confront the “villainous virus” and economic collapse.

“The American people are worth it,” Pelosi told The Associated Press.

In an interview with the AP, Pelosi acknowledged that the proposal is a starting point in negotiations with President Donald Trump and Republicans, who have flatly rejected the coronavirus relief bill headed for a House vote Friday.

As wary Americans wait on Washington, the stakes for all sides are enormous. The virus outbreak threatens the health and economic security of Americans, posing a generational test of political leadership on par with the Great Depression. Federal Reserve Chair Jerome Powell warned Wednesday that without intervention, the U.S. risks a prolonged recession.

House lawmakers are set to return to Washington for Friday's vote, but prospects are dim in the Senate, where leaders say they won't consider another relief package until June.

The bill provides nearly $1 trillion to states and cities to avert layoffs of police, firefighters and other essential workers as tax revenues tank during the shutdown. It boosts another round of $1,200 direct cash payments to Americans, extends unemployment benefits and launches a rent and mortgage relief fund. It provides $75 billion for more virus testing.

As the pandemic rages, Pelosi had just one message for Trump: “Tell the truth."

"This is the biggest disaster that our country has ever faced,” Pelosi said.

“We have to address in a big way,” she said. “The American people are worth it.”

The speaker and the president don't talk much anymore. But Pelosi remains in contact with Treasury Secretary Steven Mnuchin, who led negotiations on past virus aid packages, and expects to begin talks with him on the next bill from Congress.

With Congress still partly shuttered, lawmakers face life-and-death decisions ahead — whether it is safe for communities to reopen during the pandemic, perhaps with new restrictions on businesses and gatherings, or whether it is better to stay hunkered down until the U.S. can ramp up testing and prevent a second wave of COVID-19 cases, with deaths now beyond 83,000.

The president says the country can't stay closed indefinitely. But Pelosi warned that schools, businesses and large gatherings, including the Democrats' presidential nominating convention, will not be business as usual.

“You just can’t say because people want to go to work, we should just take every risk,” she said. "In order to turn the economy around, we have to get rid of the pandemic.”

The pandemic is rewriting the rules of the fall elections, and Pelosi acknowledged that voter turnout will be key as Democrats push alternatives to in-person ballots.

As the party's presumptive presidential nominee Joe Biden shelters at home, campaigning via video from his basement, Pelosi said he's doing “just fine” in the new normal of an election year.

“It’s not as if he’s missing a big crowd someplace,” she said.

“We’re in a whole new world, and I think he’s doing just fine,” she said.

She expects Democrats will retain control of the House and flip the Senate — “which I very much think we can do.”

As Republicans on Capitol Hill join the Trump administration to investigate China's role in the virus outbreak, she calls it a “diversion” from the more immediate problems of stemming the health crisis and salvaging the U.S. economy.

“Yes, we want to know the source of this pandemic, but let’s focus on why we are not testing, how we can help people,” she said.

Pelosi, 80, shows up for work most days, masked in a scarf at the U.S. Capitol, and said she is reminded that “life is fragile.”

She repeatedly washes her hands and covers herself to protect others, she said.

“Let’s take it one giant step at a time as we go forward because what we’ve been doing before has been helpful but not enough,” she said.

She said that she has been “dismayed, frankly,” by the way Trump is encouraging people to avoid the stay-home guidelines but that she “can't dwell” on the president's leadership.

“I mean, injecting Lysol, ‘magically go away,’ ‘hoax,’” she said, repeating some of Trump's comments on the coronavirus.

“I believe in miracles. I believe in prayer. But again, we have to pray — and work — for the solutions to it all," she said. 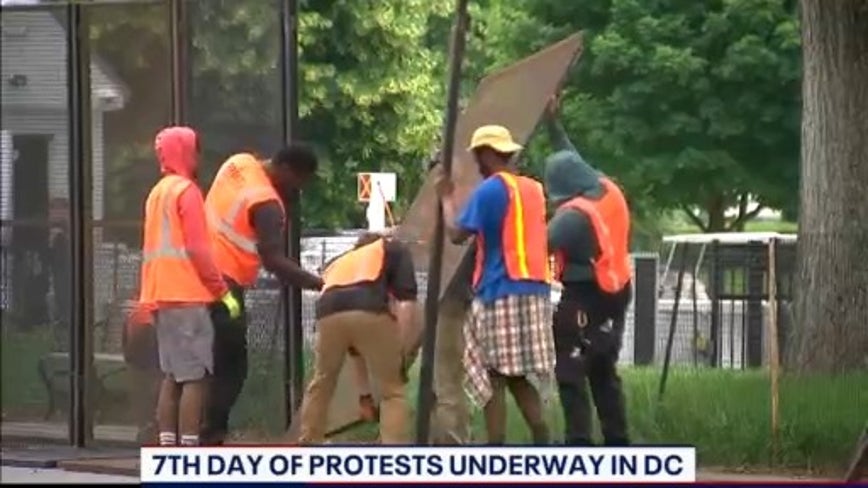