Texas Governor Greg Abbott confirmed 50 people who voluntarily signed up for the trip to D.C. were dropped off after being processed by government officials in Texas.

Friday's passengers are the latest to arrive at the VP's residence.

READ MORE: 2 buses of migrants dropped off outside VP Harris’s residence near Naval Observatory in DC 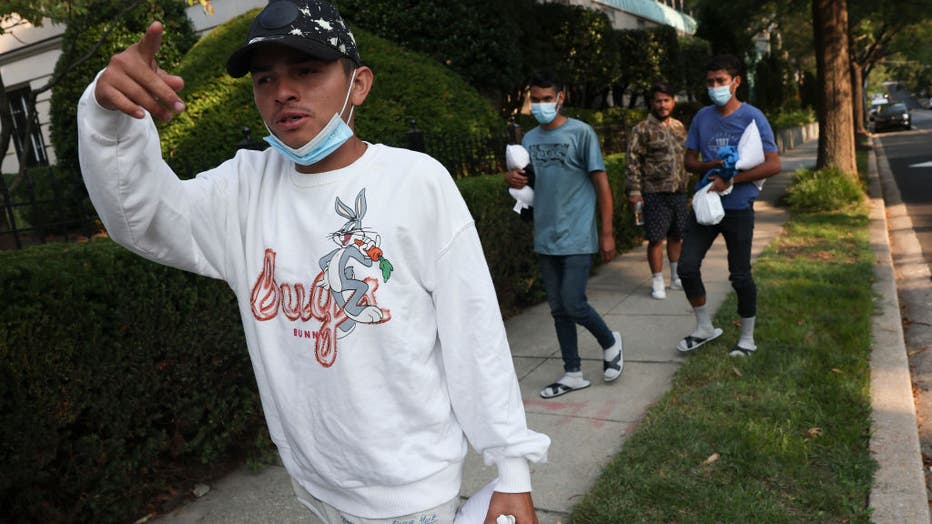 WASHINGTON, DC - SEPTEMBER 15: Migrants from Central and South America wait near the residence of US Vice President Kamala Harris after being dropped off on September 15, 2022 in Washington, DC. Texas Governor Greg Abbott dispatched buses carrying mi

Abbott sent several buses, carrying nearly 150 migrants to the Naval Observatory in September, and followed up by sending around 80 more in October. Before reaching Texas, the state said the migrants traveled from countries such as Colombia, Cuba, Guyana, Nicaragua, Panama, and Venezuela.

Texas has bused almost 8,400 migrants to the nation's capital since April.

Over 3,800 have been sent to New York City since August 5, and more than 1,200 took trips to Chicago since August 31, according to Texas officials. This week, the first bus of migrants departed for Philadelphia from Texas.

The unprecedented bus trips are part of Abbott's Operation Loan Star program, which aims to "fill the dangerous gaps left by the Biden Administration's refusal to secure the border."