PEARSALL, Texas - A U.S. citizen has been detained in Texas for nearly a month due to a mix-up of his documents, according to his attorney.

Francisco Erwin Galicia, 18, of Edinburg, Texas, is being held in the South Texas Detention Facility in Pearsall, Texas, according to online ICE records as of Tuesday morning. He was born in Dallas on Dec. 24, 2000, the Dallas Morning-News reported.

The high school senior was driving with his brother and friends on a road trip to Ranger College in North Texas for a college soccer team tryout on June 27, according to the Washington Post and Morning-News.

Then, they were stopped at a Border Patrol checkpoint in Falfurrias, Texas, Galicia’s attorney Claudia Galan told the Post. Galicia showed a wallet-sized Texas birth certificate, a Texas ID card and a Social Security card, according to Galan.

But U.S. Customs and Border Protection detained Galicia over suspicion that his documents were fraudulent, she said.

“He’s been here all his life,” Galan told the paper, but “when Border Patrol checked his documents, they just didn’t believe they were real. They kept telling him they were fake.” 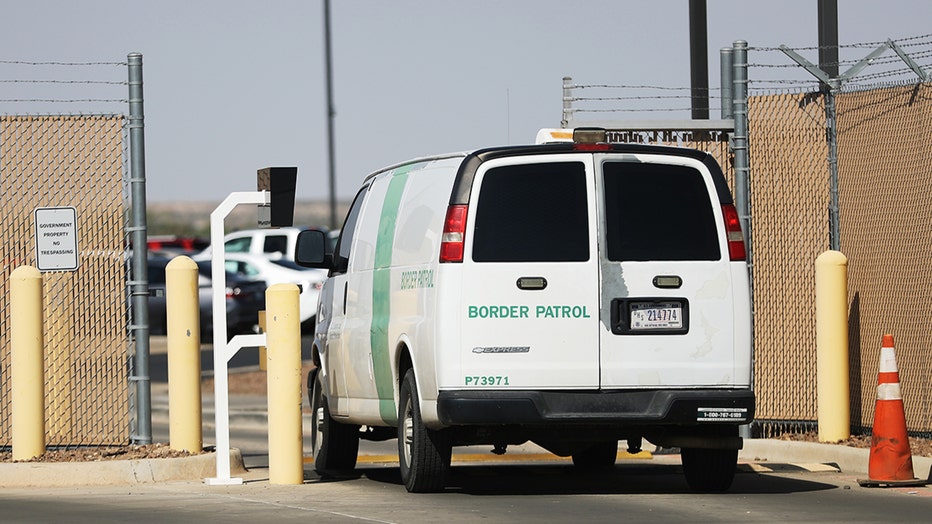 CLINT, TEXAS - JUNE 26: A Border Patrol vehicle enters the U.S. Border Patrol station where lawyers reported that detained migrant children had been held unbathed and hungry on June 26, 2019 in Clint, Texas. Nearly 100 children were sent back to the ((Photo by Mario Tama/Getty Images) / Getty Images)

Galicia was transferred to ICE’s custody on Saturday, the Morning-News reported.

The documents mix-up also stemmed from Galicia’s mother, Sanjuana, who is undocumented. She took out a U.S. tourist visa in her son’s name while he was still a minor, falsely saying that he was born in Mexico, the paper reported. Sanjuana told the Post that CBP discovered the visa after fingerprinting her son.

Sanjuana said she took out the tourist visa for her son because she viewed it as the only way he could travel across the border to visit family, according to the paper. She was unable to get her son a U.S. passport because when Galicia was born, she gave a different name for herself on his birth certificate, Galan told the Post.

But Galicia still remains in detention after explaining his mother’s error to CBP authorities and faxing additional paperwork to corroborate his U.S. citizenship, Galan said.

Galan plans on presenting Galicia’s birth certificate and other documents to ICE officers later this week, according to the Morning-News.

A CBP spokesperson said the agency was working on an official response.