Researchers analyzed whether or not 10th-graders who didn’t date over the course of a seven-year period differed emotionally and socially from their peers.

ATHENS, Ga. - Contrary to what most pop culture references might lead one to believe, teenagers who don’t date aren’t antisocial misfits or weirdos — in fact, they tend to be just as socially skilled, as well as less depressed than their peers who do date, a new study found.

Not only did the study find that non-dating teens were less likely to be depressed, their teachers also rated them as having higher-level social skills and leadership skills.

“The majority of teens have had some type of romantic experience by 15 to 17 years of age, or middle adolescence,” said Brooke Douglas, doctoral student in health promotion at University of Georgia’s College of Public Health, and lead author of the study. “This high frequency has led some researchers to suggest that dating during teenage years is a normative behavior. That is, adolescents who have a romantic relationship are therefore considered ‘on time’ in their psychological development.”

Douglas was curious what kind of implications this assumption — that dating is considered a normal and essential part of a teenager’s development — had on those who did not date.

“Does this mean that teens that don’t date are maladjusted in some way? That they are social misfits?” she wondered.

Douglas teamed up with Pamela Orpinas, who co-authored the study, to analyze whether or not 10th-graders who didn’t date or who dated very infrequently over the course of a seven-year period differed emotionally and socially from their peers.

The data analyzed in this study was collected by Orpinas during a 2013 study she led, in which a cohort of 594 students were monitored from sixth grade up until 12th grade, starting in 2013.Once a year, students were surveyed on whether or not they had dated, as well as on a range of social and emotional factors including positive relationships with friends — both at home and at school, symptoms of depression, and suicidal thoughts. Their teachers also completed questionnaires once a year to rate each student’s behavior in a number of specific areas, including social skills, leadership skills and levels of depression. 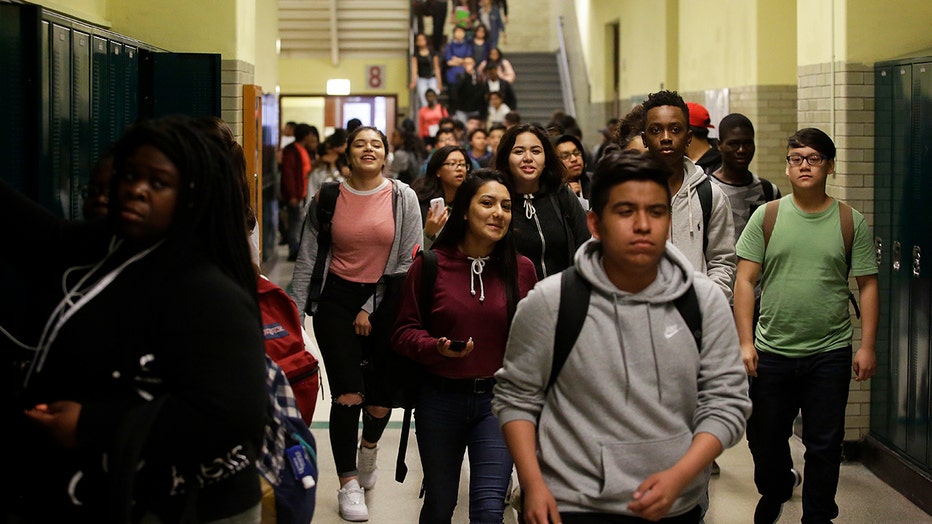 A new study has found that teens who choose not to date during middle school and high school are less likely to be depressed than their peers who do.  (Photo by Joshua Lott for the Washington Post)

The students in the cohort were divided into four “distinct dating trajectories” — low, increasing, high middle school and frequent. The researchers were most interested in examining whether 10th-grade students in the “low” dating group differed on emotional, interpersonal and adaptive skills from their peers in the other three categories.

The researchers found that non-dating students had comparable or better interpersonal skills than their peers who dated more frequently.

Both non-daters and frequent daters reported similarly for how they felt about relationships with friends, both at home and at school. But teachers rated their non-dating students as having significantly higher social skills and leadership skills than the students who did date.

Researchers found that students who did not date were less likely to be depressed. The proportion of students who self-reported feelings of sadness or hopelessness within the non-dating group was significantly lower than among their dating peers, and teachers also scored non-dating students as being less depressed than their peers.

“While the study refutes the notion of non-daters as social misfits, it also calls for health promotion interventions at schools and elsewhere to include non-dating as an option for normal, healthy development,” said Douglas. “As public health professionals, we can do a better job of affirming that adolescents do have the individual freedom to choose whether they want to date or not, and that either option is acceptable and healthy.”