A 19-year-old is fighting for his life after he was seriously hurt while watching a sideshow in Vallejo. At a vigil for the victim on Tuesday, his loved ones called for a crackdown on the illegal events, because of what happened.

VALLEJO, Calif. - A vigil was held Wednesday for a teen who was struck by a car participating in a sideshow in Vallejo over the holiday weekend.

He was an onlooker of the illegal sideshow Sunday near Six Flags Amusement Park. Police said as many as 200 cars were involved in the event. His mother said he may not survive from his injuries.

Ingersoll is the father of an 8-month-old daughter.

Dozens attended the 7 p.m. vigil in front of North Bay Medical Center in Fairfield, where loved ones said they want to see action that curbs these dangerous street shows.

"Hey may not even survive this. I'm scared for his life. I'm scared for everybody involved. I don't want to see any more of this happen [to] anybody. My son's fighting for his life because of sideshows that people are doing, hurting each other,"  his mother, Desarae Reiswig-Greer, said.

His mother said Ingersoll has so far undergone three surgeries for his injuries.

"As a parent, it's the most traumatic feeling that I've ever felt in my life to see my child, there lifeless and not be able to do anything to help him, to be able to hold him, to be able to make him better," she said. "Watch out for your kids, don't let this go on. And to you kids out there who think it's fun and think it's okay, you could lose your life just by watching it."

Alysssa Gastelum, Ingersoll's girlfriend, said she was with him when she heard gunshots.

"I ducked down from the bullets, a bullet went right here, through my hair and everything. I was bending over and I when I got up I seen Tyler on the ground," Gastelum said.

She and Ingersoll are expecting a baby of their own.

She said witnesses told her the impact from the car that hit Ingersoll caused him to land on his head.

She said Ingersoll was getting ready to start a new job at a winery.

"I can't hear his voice or hold him," Gastelum said.

The family wants the driver of the car to be caught.

"Something has to be done, my boy's been a victim of this…this ridiculous game," David Ingersoll said.

"I hate you right now for doing this to me and my family, but I know we shouldn't have been there either because things like this happen," Gastelum added.

Part of the sideshow was captured on video and depicts a chaotic scene. One person who was shot at the sideshow is expected to survive.

The family said the car that struck Ingersoll and left the scene is a black Mustang with silver rims.

A GoFundMe was created to help with expenses. 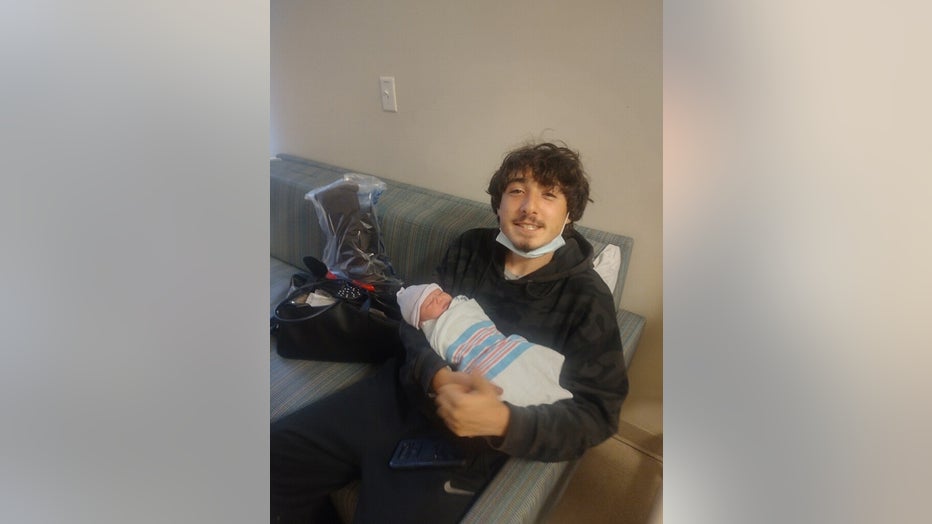 Tyler Ingersol, 19, of Vallejo suffered traumatic brain injury after he was hit by a car participating in a sideshow.